Do Yahoo and Intel have a viable business model with Internet TV?

Has Yahoo and Intel have devised somewhat of a semi-viable business plan?  Reports from CNET suggest that many have high hopes forYahoo and Intel to create a true Internet TV platform, due to be released at CES 2009, yet we see many predecessors have attempted this route of enabling people to access content services, the most notable company was WEBTV who were acquired by Microsoft back in 1997 but soon ran into various legal complications including deceptive advertising claims and according to a Forbes.com writeup the company only had a .7% audience.

So, introducing Yahoo and Intel, two companies with very similar track records during 2008. Yahoo with the Microsoft saga and Intel with Antitrust cases and uninspiring results emerging from Intel’s joint venture with Micron Technoloy. We certainly have a case of two companies ready to change their image into something of a interactive television giant!

However, in Yahoo’s case as a post from Readwriteweb.com writes:

“Yahoo! needs to reassess its position and eliminate services that do not complement its core business, or increase value through growth, or add dollars to its bottom line.”

There have certainly been questions asked of how Yahoo went from being a successful web company to another company in Microsoft’s acquiring radar, admittedly I thought at the time during 2008 that both companies presented very unsatisfying results to shareholders and that I thought Jerry Yang was next in the firing line at Yahoo, which didn’t happen until November 2008 when Yang resigned.

If Intel is to support this new internet TV venture, I would ask where the vested interest is for the company, I mean there has been much talk over the years about Intel’s  VIIV architecture redefining the entertainment space, but this technology has only been really to the benefit of Microsoft and  Windows Media with their Media Centre platform, does Intel believe a close tie with Yahoo will present users a exciting and fresh new interactive platform to watch TV on, or will Yahoo steal Intel’s thunder?

The decision to introduce internet enabled TV’s to the mass market via the Consumer Electronics Show next week I believe is going to be largely unsuccessful, the creation of new niches with DVR’s, internet enabled Blu-Ray Players and devices such as the Apple TV excite me far more for 2009 because of the plethora of great content available on the company multimedia networks, and I primarily believe that if the Mac Mini hadn’t disappeared into thin air over the last year that computer would have proved far more useful, because it enables users to use a stable operating system, iTunes and iPhoto!

I am all for innovation, I just don’t think Yahoo and Intel have found the right mix! 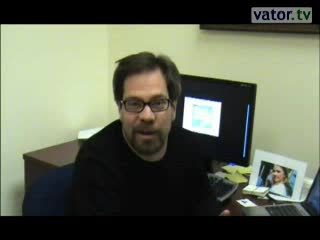