Startup executives at Web 2.0 companies typically are focused on goals like turning site traffic into revenue as quickly as possible.

Based on comments he made to the Web 2.0 conference in San Francisco, Facebook is more focused on user growth than on generating revenue.

That statement reveals just how unique the company's position is right now, says angel investor Jeff Clavier, who adds in this video interview that no other CEO could get away with making such a public pronouncement.

Clavier, who tipped us to the huge drop in seed-stage valuations over the past month, calls Facebook a "clever company" that has shown "great execution" despite mistakes like the mishandled launch of its Beacon ad platform a year ago.

Facebook has more than 120 million active users, and half of those use the site on a daily basis.

Based on those traffic figures, the company could be capable of generating more than $1 billion in revenue right now, Clavier says.

Yet Facebook's revenue is in the "hundreds of millions," of dollars, according to Zuckerberg.

That suggests the company is in a trial-and-error period where it's balancing revenue growth with the quality of the user experience.

Of course, yesterday came news that Facebook is starting to charge app developers to get approved for its platform. Maybe, in these tough economic times, even Zuckerberg can't go around saying revenue isn't a primary concern. 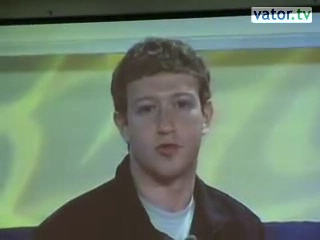