This is a startup I'm excited to invest in

The numbers have been off, customer service is the pits and the strategy is unclear, so the board has decided to replace the CEO. No, it's not Twitter, it's America!

However, I was on setfive Consulting's site, which monitored who the Twitter users were voting for. I watched as one state went from light blue to dark blue. In fact, overall, the entire country was blue.

By late Tuesday evening at 8 pm pacific, when CNN declared Obama as President, and the crowd shouted and cheered in the bar I was sitting in, it seemed clear that, in fact, the sky may even seem more blue Wednesday morning.

Does an Obama administration also bode well for entrepreneurship and innovation? I think so. Not for any technical reasons related to this-or-that policy, or who's better for Joe the unlicensed plumber, but because the engine of American innovation is optimism.

It's what has always pulled the best and brightest to this country. And, as long as it persists, it is what always will.

Admittedly, I have heretofore typically sported the red colors. I still favor Peggy Noonan's views over Maureen Dowd's, prefer less government rather than more and continue to be a social conservative.

However, I think Obama is going to bring the magic elixir of hope that the world so desperately needs right now, as well as a sense of energy, excitement and youth. Inspiration and leadership drive innovation. A different party, race and generation is already a quantum leap of change from the reigning and seemingly dynastic presidency.

In many ways, Obama is like the startup CEO – ready to fight for change and ready to inspire others to get up and make a change.

I'm not a tax expert, but I generally come from the school of thought that voting Blue means higher taxes and Red lower.  That said, as a newly-minted small businesses person myself, most entrepreneurs aren't looking at tax policy to dictate their business decisions. Tax policy is not determining whether I want to still push forward as an entrepreneur.

I highly doubt that Lance Tokuda, who raised $17 million this past week for RockYou, is determining how to iterate and build out his product based on the tax policies. I doubt the tens of thousands of entrepreneurs on Vator.tv are watching the capital gains tax rate to determine whether they should keep doing what they're doing.  They're doing it because they love to innovate. Of course, Obama's policy to cut capital gains taxes for investors in startups will give investors incentive to give new businesses what they need - capital.

In the end, we have to have measured faith that we in the private sector will do our part, and those in the public will do theirs, and in the end a great country will evolve.

As far as a view from the technology business goes, there's a lot that technology can bring to America's future – from expanding efforts to increase broadband and making government more transparent.

I actually support Sun Microsystem's Scott McNealy's plan of stapling a green card to every diploma.

And, some regulation is actually needed for innovation. For one, I believe Net Neutrality is critical for innovation. As for clean tech, Obama is going to put dollars to work with his proposal to create a Clean Technologies Development Venture Capital Fund, funded by annual $10 billion investment for five years.

In the end, if the current campaign is any evidence supporting who'd be on the cutting edge of technology and making some real changes, Obama is far ahead on the technology curve. Obama's team mobilized hundreds of thousands of people who've created 6,500 volunteer groups and submitted 15,000 policy ideas, according to an American Express Issue Guide.

This is a startup I'm excited to invest in. 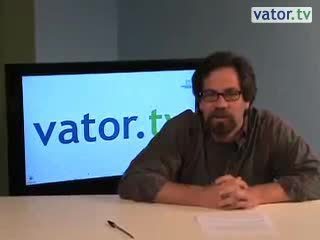 Post-election moves we may see - Part 1 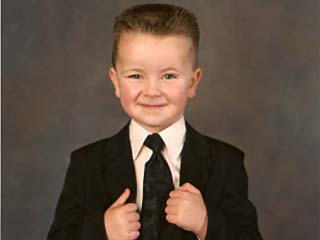 The cure to our economic problems 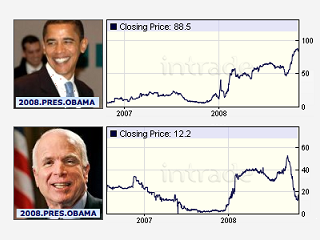