Appssavvy just raised $3.1 million to fund its social media agency business. Founder and CEO Chris Cunningham swung by the Vator.tv office to tell us about his service. Appssavvy has over 100 application companies signed on, with each company developing at least five applications, said Chris. Appssavvy isn't an advertising network, like Social Media and Lookery, he said. Appssavvy is more like a "consultant." In other words, appssavvy is more like an interactive agency, whereby they specify exactly where an ad campaign is placed. Ad networks don't always know where an ad is going to show up.

To that end, appssavvy can charge higher CPMs to a brand because the brand knows exactly where their ad is going to show up.

Chris said that appsavvy has signed on with applications for exclusive rights to sell their premium inventory. Sites like Social Media and Lookery are selling remnant ads for far fewer CPMs, he said. Appssavvy is selling CPMs for $8 to $20, he said.

One advertising campaign that appssavvy implemented was the one for Sony's Maid of Honor movie on the Weddingbook application on Facebook. Sony bought this for the month at a price between $15,000 and $75,000, said Chris.

Now, that's a great campaign. The challenge for appssavvy will be to make such campaigns work effectively enough for Sony to pay a recurring monthly fee to keep campaigns going.

The question for appssavvy is what's the business model beyond one-month campaigns? Perhaps, it's getting a royalty for campaigns they helped to create.

To get a better idea of appssavvy and Chris' plans, watch the video. 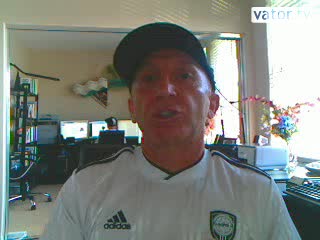