Google Blog Search is 'all algorithm and no voice'

to assert that they will.

So today's headline from Marshall Kirkpatrick at Read Write Web, Google Blogsearch Relaunches as Techmeme Killer, immediately made me laugh. I almost hesitate to link to it but that's not right if I mentioned it. I think Jason Kinkaid's post on TechCrunch is more balanced and realistic. And Matt Cutts from Google takes pains to explain why Google Blog Search is not a Techmeme killer.

Here's what I think. Blog post aggregators are great. I use them every day, at least several times a day. I use them instead of a feed reader. And I like to read at least three or four of them, a couple for tech, one for politics, one for music, and so on and so forth.

In the tech sector, I like techmeme, hacker news, and Tim O'Reilly's retweets on twitter. Those three links sources really cover the bases for me. And behind each of them is a voice. In Hacker News' case, it's Paul Graham and the Y Combinator community. In Techmeme's case, it's Gabe. And in Tim's case, it's Tim.

The new Google Blog Search is very nice. It's a big improvement to the old one. But it's like a lot of Google's services. All algorithm and no "voice". It may attract a mainstream audience the way Google News has and that's fine. But for me, it's not close to the value that I get from aggregators with an angle. It's like a mainstream newspaper versus a blog. On one you get the news and on the other you get insight.

Anyway, enough Google bashing for now. I'm off to read my aggregators.

For more from Fred, visit his blog. 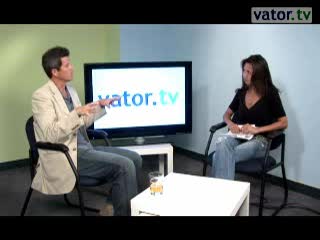