Kyte, which is trying to be a dominant video distributor and production platform, announced Tuesday that its Mobile Producer for Nokia S60 mobile phones is widely available to all publishers. The Mobile Producer had been in beta with some 900 users, from artists, independent bloggers to large branded news sites and entertainers, such as Huffington Post, 50 Cent, SPIN Magazine, KCRW, and KRock. Since using Kyte's application, artist 50 Cent has received over 36.5 million views on his channel, which has been embedded on over 68,000 web sites.

This means publishers have a wider array of hardware options to arm their reporters/bloggers, giving them the ability to live stream to their Kyte channel or record and upload later.

"We've seen momentum in partners using this," said Gannon Hall, Kyte's chief marketing officer, who is in this video explaining the announcement and demonstrating the application. In the video, Gannon also shows how Kyte's customers are using the application.

The publishers and content creators using Kyte appear to be gaining a lot of traction.

On that channel, the segments are viewed from as little as 50 to as many as 71,000, which was the segment with Arianna Huffington in her car.

Kyte's business model will be to license its platform, and a monthly usage fee. There are additional fees, such as the ability to use DoubleClick's DART service to manage ads. Gannon said that Kyte has no plans to provide advertisers to its publishers. Kyte just wants to be the platform distributor and producer of the content. 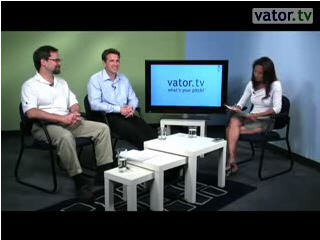