At TechStars investor and demo day Tuesday, Tom Keller, CEO of IntenseDebate, went on stage and told the audience that he didn't have any slides, nor was he looking for money. But he did say he had a surprise for everyone. That surprise was Automattic CEO Toni Schneider. Automattic runs the Web blogging service WordPress. On stage, Toni and Tom announced that Automattic acquired IntenseDebate for an undisclosed amount. I heard IntenseDebate raised about $300,000.

It's quite good timing for both companies as WordPress is challenged by new comment platforms, such as its Disqus, Sezwho and CoComment, which are taking the conversations off publisher sites and on their own sites. It's a good deal for IntenseDebate as the space has gotten competitive.

In this video, Toni talks about why the deal was done. WordPress is used by 8 million bloggers. WordPress hosts 4 million blogs and they saw 200 million unique visitors last month. Those bloggers posted four million blog posts and eight million comments. But "blog commenting is a core feature of blogging, but it got stale," he said. "By building better commenting systems, you can increase the comment flow on the blog," he said.

"We started thinking about whether we should be building that or acquiring one of the teams," he added.

He met IntenseDebate through TechStars about nine months ago, he said. A lot of IntenseDebate's customers were using WordPress, and IntenseDebate uses PHP. "All of that together made it a no-brainer to make a deal happen," he said.

IntenseDebate will stay a separate service under its own brand but will be tightly integrated with WordPress. Tom Keller told me that he won't be staying with the new owner. He'll be heading back to Boulder and will be looking for his next adventure.

coComment is a new service which allows you to enjoy the full potential of comment-based conversation on the web. Before coComment, comments made across different sites (such as blogs, photosharing services, news sites, and others providing the ability for readers to leave comments) did not come together into a clear conversation, but were fragmented, hard to follow, and untrackable discussions.

Using coComment, you can now keep track of all the comments and discussions your are participating in or observing on the web. When someone adds something to the comment stream or discussion, you'll be notified. And, if you're a blogger, you can display the comments you make elsewhere back on your own blog.

Who is running the site?
coComment is a Swiss startup company funded by Swisscom Innovations and focused on providing high quality services to internet users worldwide. The company is based in Geneva, Switzerland.

SezWho offers a Wordpress and Moveable Type plug-in to enhance blog comments. It allows users to rate each comment, helping to separate good comments from noise, and letting individual commenters to develop a reputation over time. SezWho also offers some basic social-networking features. For example, it lets users track a specific commenter’s comments across all SezWho-enabled sites, helping to drive traffic to older blog posts, and allowing commenters to get to know each other better. As of November 2007, SezWho has over 100,000 users at more than 300 blogs. 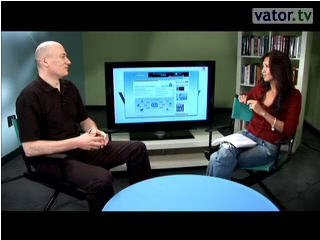 A look at aggregated perspectives 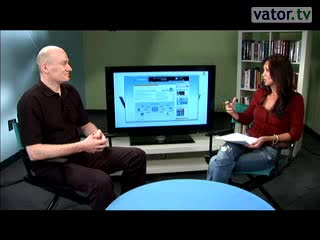