Socialmedian on raising a little vs. a lot

After raising $50 million for Jobster, Jason Goldberg decided to fund his new startup socialmedian in a very different way. "The biggest lesson I’ve learned when it comes to financing companies is to keep your startup small and keep it resource-constrained in the early days," he said, in this "Lessons learned" segment. "In some ways money is a temptation to do more than you should be doing. It tempts you to build larger teams than you need."

In the early stages, focus on "product, product, product," he said, adding that the only resources you need initially is enough to get the product right. By limiting access to cash, entrepreneurs are forced to think hard about every decision. Every decision becomes a "big decision," he said. (See Twitter CEO Jack Dorsey's lessons on the virtues of constraints and the 70s punk movement.)

Don't rush into spending on marketing, or bloating the company, he suggested. Get the product right first before blowing the money on marketing. Amen to that.

The company that wins is the company that builds the best product, not the one that raises the most money, he said. Indeed, Jason's raised $50 million for Jobster, and he considers the company to be a "solid single" hit, not even a double.

How are you thinking about your next round? I asked. Socialmedian has funds to last for several months. "In startup land, that's fine," he said.

Another lesson Jason learned is to fail fast. He plans on running socialmedian for a year. "We've given ourselves one year to move the needle and solve this problem [of delivering personalized news]," said Jason. "My theory is that if you fail, fail fast."

"If it doesn’t work in a year, we’ll move on.” Failing fast is good advice I heard from Brian Singerman at the Founders Fund. Check out his interview here.

Pretty bold words. I'm going to have to hold him to it, even though - despite Jason's explanation - I'm unclear as to what "moving on" really means.

Better to fail fast, than to drag it out 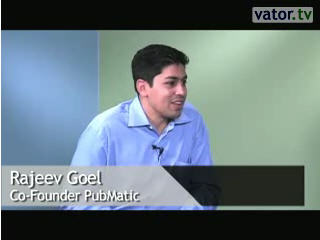 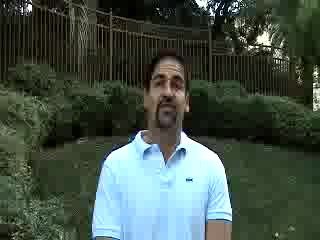