In hypothetical talk, what would be the benefits of Google buying social news site Digg.com!

Even though many talked up the Google and Digg.com rumour, even Rose himself on a recent TWIT wholeheartdly denied the claim. I think before I begin discussing what it would have been like for Digg.com to be purchased by Google, one thing that is important to note is that talks did become official and Google walked away from the deal at the last moment, with some saying Google weren't happy with Digg's management team.

The thing that did scare me was that the final part of the discussion according to the Techcrunch article stated that Google started to look at Digg's financial statements and technology which leads me to believe Google will now go and create a Digg clone, but that wouldn't appear to be in Google's best interest to steal an idea and recreate it as their own (ahem Yahoo Buzz)

But if Google had had more sense then to walk away from a very important deal, what would it have been like for Digg, the community and of course Google.com, here is are the two main things I believe would have happened if Google had bought Digg:

One thing that was apparent to me about Google News was the huge editoriol aspect of the site, news stories would come in and were only shown if the blog or news website was written by more then one author, and according to stats from PCworld this is only 4000 in the whole webosphere. The whole idea for editors of other media sites that Google would automatically edit and filter in real time took them by surprise, it set a huge leap forward in innovation and I would believe would have made many companies think about Editor's roles in the company.

But if Google did buy Digg.com this whole concept would be dismissed and instead community participation would run rampant although I don't know if Google will cope with two varied communities of Youtube and Digg, both very dedicated groups of people who post anything. Google would also appreciate community participation when their crawlers encounter techinical issues with breaking news stories up to one hour late!

2) Stronger involvement in the advertising space

All Digg users know but don't particulary appreciate that Digg did a ad deal with Microsoft for exclusive advertising on the site, of course alongside this deal everyone seemed to believe that Microsoft would also buy out Digg.com, so theoretically if Google had the advertising space on Digg then there would be a higher chance Google would actually buy Digg. Digg's uniques a month according to Compete.com are at  23,988,437 big, big advertising real estate for any company whether it be Microsoft, Yahoo or Google. But we know with Google's dominance growing in the online advertising space so fast an ad deal with Digg.com would complete their plan for world domination

Even if reports are coming out now that Google did walk away from the deal, I still think there is the horrible possibility that Google may linger in the background,perhaps scoping to see whether Microsoft may feel pressured to make a bid and then launching another full scale attack against Microsoft for Digg.com's hand in social news marriage. Watch this space.... 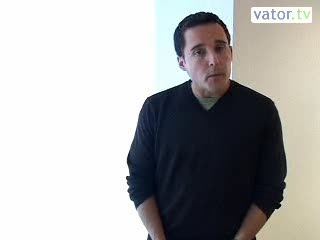 In-Digg-nation and the end of Web 2.0 idealism