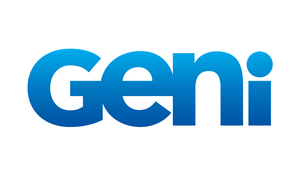 If TechCrunch has got it right, and they usually do, then the geneology slice of the Web 2.0 market has become a rich one, indeed.

The Generations Network, the parent company of Ancestry.com and MyFamily.com, has reportedly raised a $300 million round that gives a group led by Spectrum Equity Investments a majority interest in the startup. The company had previously raised $95 million.

The company is generating $150 million in annual revenue and is profitable in a big way, according to the TechCrunch source.

This is pertinent news for Ancestry.com rivals like MyHeritage and Geni, as well as MyFamily.com competitors Our Story and Story of My Life. You can see the video pitch from Geni here.

If you remember, Geni raised a $10 million B round in March that valued the San Franicso firm at $100 million. (Full Disclosure: Geni got seed financing from the Founders Fund, one of whose partners, Peter Thiel, is also an investor in Vator.tv).

This was after Geni founder and CEO David Sacks had said in his January 2007 pitch that he wouldn't be raising any money for a while. Hey, as investment banker Michael Moe of ThinkEquity partners told me last month when I asked him what advice he would give to a startup execs, "take the check and cash the check" when someone is offering it.

All of these sites are tapping into the strong drive people have to know where they come from, and to connect with distant relatives. This drive has driven strong growth in page views