YouTube has added a new video editor that lets users create new composite videos by stitching together segments from videos the user has already uploaded. Music files from the AudioSwap library can be used in editing as well, but YouTube says some audio files will trigger ads to display with the video.

Users of any standard video editing software shouldn't have any trouble jumping right into the YouTube Video Editor. One simply drags uploaded videos into the main video strip to begin editing. With a little scissors tool, you can trim those dragged videos to your heart's content. Rinse, repeat. When the editing's done, the user can preview the final result in low-resolution before saving the video.

YouTube's attempt to take editing off the desktop necessarily reminds me of Apple's WWDC announcement that users of the new iPhone 4 will not only be able to shoot video in HD, but will also be able to purchase a little $4.99 app for the device called iMovie. Granted, iMovie for iPhone (which lets users trim videos, add titles/photos/music, and more) looks quite a bit more advanced than the new YouTube Video Editor. Still, both are efforts by Google and Apple to control more of the user experience by bringing more actions to the cloud or to mobile, respectively.

The new feature could also be an attempt on YouTube's behalf to guarantee it can distinguish itself from another up and coming video site: Facebook. With 20 million videos uploaded and 2 billion videos viewed each month, the blooming social network is well on its way to becoming a central video hub for users and quite a big threat to YouTube.

This isn't the first time YouTube has introduced a video editor to its site. In 2007, the Flash-based YouTube Remixer, based on Adobe Premiere Express, let users add transitions, captions, and images to their videos. The tool was discontinued because it was slow and buggy. 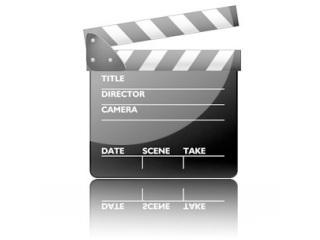