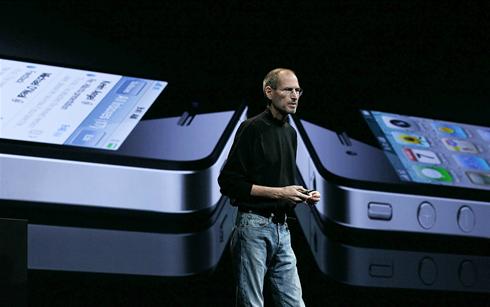 Apple CEO Steve Jobs officially took the wraps off the upcoming iPhone 4 at WWDC on Monday morning, and he did not disappoint. The updated smartphone has not only been redesigned, but features fascinating pixel density for clearer screen resolution, a longer-lasting battery, a gyroscope, a front-facing camera for video conferencing, and a 5-megapixel camera for shooting HD video.

Referring to the leaked iPhone incident that occurred a few weeks ago, Jobs began the iPhone's unveiling with a few simple words: "You ain't seen it," he said. "This is beyond a doubt one of the most precise, most beautiful things we've ever made."

The new device, with glass on the front and stainless steel running around the side and rear, is 9.3mm thick, 24% thinner than the iPhone 3GS. External buttons and connectors haven't changed too much, but there is now a front facing camera and an LED flash on the back.

Now for the fun stuff.

The new iPhone uses a new display technology called "Retina Display," which dramatically increases pixel density. Jobs says the display, which fits four times as many pixels in the same screen size (3.5"), makes for text as sharp as you'd find in a "fine-printed book." The 960 x 640, 326 pixel per inch display is a marked improvement from the iPhone 3GS' 480x320-pixel, 163 ppi display.

App developers are going to have a lot of fun with this one: iPhone 4 also includes a three-axis gyroscope for pitch, roll, and yaw. Combined with the already-included accelerometer, the new iPhone features six-axis motion sensing, making for unbelievably smooth rotation of 3D objects.

Finally (and as expected), iPhone 4 dons a

n updated 5-megapixel camera with 5x digital zoom built into the camera app. What's surprising is that users can also record and edit HD video right on the phone. In fact, Apple is actually launching iMovie for iPhone, an app that enables users to do almost anything they can do on the standard iMovie software, including export video to 360p, 520p, and 720p. The app will be available for $4.99 in the App Store.

Beyond technical specifications, a lot of users will probably be happy to hear two other big announcements. First, a free Netflix app is coming to the iPhone this summer for movie streaming. Second, Zynga's hit game FarmVille, which has 35 million daily players, is launching for Apple's smartphone, complete with in-app virtual goods purchases and push notifications.

Wrap it all up with Apple's further unveiling of iPhone OS 4, renamed iOS 4, and we can make no mistake: this is going to be a big summer for the iPhone.

Apple will start accepting pre-orders for iPhone 4 starting June 15 and the phone launches on June 24. 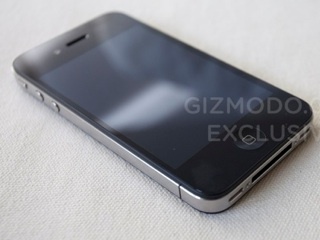