Tremor Media, an online video ad platform, has raised a massive $40 million round of funding.  Draper Fisher Jurvetson Growth Fund led the round with participation from DFJ and Triangle Peak Partners.  It's existing investors, Canaan Partners, Meritech Capital Partners and SAP Ventures also participated "significantly" in the round.  Before this, the company raised several rounds which totaled to $39.4 million.

The New York-based company has grown significantly since its inception back in 2005.  Tremor Media said its doubled the size of its network from 2009 to 2010, according to ComScore video metric released in February of 2010.  On its Vator profile, the company said its in-stream and in-banner advertising solutions reach a combined 189.9 million uniques, and reaches 90.6% of Internet users.

On top of that, Tremor Media shared it became profitable in 2009.  Its demonstrated revenue gains that exceeded more than twice the rate of growth of the overall online video market.

The company's main product is its Acudeo technology.  It's basically a suite of tools which helps publishers monetize streaming-video with ads, while giving them control over their ad inventory.  It also has some newer technologies to differentiate itself from other ad platforms, like real-time audience targeting.

Randy Glein, Managing Director of DFJ Growth Fund expressed in a release that, "the company has demonstrated phenomenal growth and financial performance and has done an outstanding job anticipating the trends that are driving video advertising forward."

Tremor Media said it would use the funds to invest in R&D for its Acudeo technology platform, with new solutions for both advertisers and publishers, and to drive expansion into other media channels where digital video advertising will grow significantly. 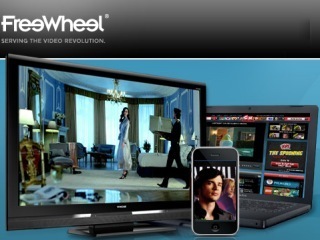