BlackArrow, provider of advertising solutions for new TV platforms, announced today that it has raised $20 million in Series C funding. The round was led by NDS Group, with contributions from existing investors Cisco Systems, Comcast Interactive Capital, Intel Capital, Mayfield Fund and Polaris Venture Partners. As leader of the round, NDS has earned itself a place on BlackArrow's board of directors.

The company last picked up funding in October 2008, when Cisco, Comcast Interactive Capital, Intel Capital, Mayfield Fund, and Polaris Venture Partners contributed to a $20 million round. Since its first round in 2004, BlackArrow has raised a little over $50 million in investments.

This new funding will go directly to further development and deployment of BlackArrow's Advanced Advertising System, a tool that enables content providers to better control their ad campaigns on any and all new TV networks, which could include video on demand, DVR, mobile, and/or online video.

In addition to the financing, BlackArrow has also announced a new partnership with NDS Group, a company that allows pay-TV operators to bring digital content to TV STBs (set-top boxes), DVRs (digital video recorders), PCs, mobiles and other multimedia devices.

BlackArrow is all about keeping ads dynamic and interesting to the user, so this company could have an advantage over some other competitors.

We've seen the future, and the future is now for on-demand video programming with dynamic, personalized advertising. In the world of viewer-controlled video, where the consumer controls the play, pause, fast-forward and rewind buttons, BlackArrow provides the answer for a dynamic video ad-management that supports broadband, video-on-demand (VOD) and DVR playout.

One with the ability to reach the right audience with a laser-focused message — across any on-demand platform. And rapid-fire reporting to provide powerful "apples-to-apples" analytics across playout environments, helping you evaluate and optimize brand campaigns in entirely new ways.

BlackArrow is your partner on the path to multiplatform monetization. With the new world order of on-demand video comes a corresponding set of new advertising and revenue opportunities.

Our purpose-built system is agile enough to incorporate evolving everything. Which means we make every effort to future-proof our clients by providing them with an open framework that easily integrates new and next-generation ad types, ad models, media players – and everything in between. Underscore that with an inherent scalability to extend ad-management beyond broadband and VOD into the realm of DVRs, mobile devices and personal media players.

The multiplatform experts. We spend our days focused on solving the new ad-management challenges that keep you up at night. Our approach comes from a combined perspective — we've culled an experienced team of executives from across the advertising, network, cable infrastructure and broadband digital media industries to ensure we've laid our foundation properly.

We're proud of our heritage. BlackArrow has a foundation of innovation and thought leadership born out of the DiMA Group and its ID!A Project — a consortium of leading programmers, agencies, advertisers and operators chartered with identifying new on-demand video ad opportunities.

But, we're not the only ones that think this is a great idea — our investors do, too. We are proud to be backed by a blue-chip roster of strategic backers and leading venture capital firms, including Cisco, Comcast Interactive Capital, Intel Corporation, Mayfield Fund and Polaris Venture Partners. 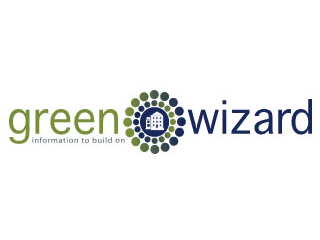 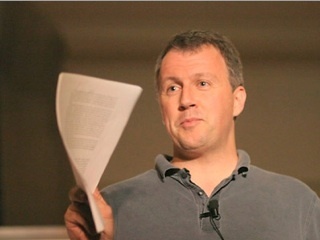