Probably a lot less than the $3.60 number being tossed around in the marketing press.

Update: Vitrue published a blog post explaining some of the methodology. My reactions after the original post. COO Jim Anderson responds in the comments.

Brands have rushed to attract fans on Facebook in hopes of grabbing up consumer mindshare for a bargain. But when it comes to estimating the value of such efforts, they're shooting in the dark, given the embryonic stage of Facebook marketing and lack of data. Wednesday morning, Adweek tried to address that by publishing numbers from social media consultancy Vitrue, which put a price of $3.60 on each Facebook fan. AllFacebook and AllThingsD have parroted the number. Precision makes for great headlines... the only problem is, the figure is highly dubious.

First of all, Vitrue didn’t publish the study at all, and makes no mention of it on its website, which suggests these are back-of-the-napkin figures(**see update). Adweek’s Brian Morrissey didn’t respond immediately for comment on how he obtained the figures, but I’ll update the post if I hear back.

Second, Vitrue makes money by managing companies’ campaigns on Facebook. If it can make brands feel better about investing in its services, that’s money in the bank. This is not exactly an impartial source.

Third, it seems Vitrue could have easily produced more accurate estimates that would yield a lower value. Here’s how they got the figure (bold is mine):

The firm has determined that, on average, a fan base of 1 million translates into at least $3.6 million in equivalent media over a year.

The company's findings are based on impressions generated in the Facebook news feed, the stream of recent updates from users' networks. Vitrue analyzed Facebook data from its clients -- with a combined 41 million fans -- and found that most fans yielded an extra impression. That means a marketer posting twice a day can expect about 60 million impressions per month through the news feed.

Vitrue arrived at its $3.6 million figure by working off a $5 CPM.

Vitrue estimates the average annual impression per fan by taking the finding that "most fans yielded an extra impression," (over what time period?) and then multiplying that by 650, assuming two postings a day. Wouldn't it be more honest to take the average number of postings per day among Virtue’s client base? That would probably be relatively easy to determine. I'm sure most brands don't post twice a day and if they did, they would lose fans fast--at the very least, they'd lose impressions as users remove the brand's updates from their feeds.

Vitrue didn’t respond immediately to a request for comment (update: they declined to comment, and simply referred me to their blog post, twice). In the meantime, I’m assuming the average value of a Facebook Fan is a fraction of $3.60.

Update: Vitrue's post published later Wednesday morning indicates the company does intend this as a serious study, and not just a back-of-the-napkin response to Adweek... which means the flimsy math is even less excusable.

The post doesn't dispel any concerns over its methodology, though it does clarify what it means by "most fans yield an extra impression:

how many impressions can a single wall post receive? To our surprise we learned the average was approximately 1:1 (0.96:1 to be exact). This means our 1 million Fan Facebook Page can average 1 million impressions with a single post to the wall.

Taking that and multiplying by two posts a day is still unrealistic, for the reasons stated above. Vitrue could determine how much a fan worth is worth in reality. Instead, the company opts for an unrealistic theoretical extrapolation that yields a bigger number. That's a predictable maneuver from a marketing department, but it's surprising that Adweek and AllThingsD would give it so much play. 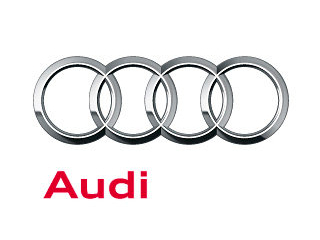