Opera is now the browser of choice for over 100 million users, according to the company's own data.

Over 50 million use Opera as their desktop client (available on Linux, Mac, or Windows) and 50 million use Opera Mini on various mobile devices, including Windows Mobile phones, Google Android, and the Nintendo DS. Many people also use Opera on their game consoles, connected TVs, and set-top boxes.

With this new milestone reached in March, Opera has demonstrated 30% growth since March 2009.

Opera's announcement arrives a little over a month after the launch of Opera 10.5, an iteration that the company claims is the fastest browser for Windows yet. Among other improvements, it includes private browsing and some aesthetic changes. A couple days later, Opera Mini launched natively on Windows Mobile phones. And, just two weeks ago, Opera Mini for iPhone was officially submitted to the App Store.

There's no telling when (or even whether) Apple will approve the app.

Poking a bit of fun at Apple's famously draconian and mysterious App Store approval process, Opera has instated a real-time updated counter on its site marking exactly how much time has passed since the app was submitted to the App Store. The user who enters the closest guess for when the app will be approved wins an iPhone. Since nearly three weeks have passed, some are starting to think that this app will go the way of Google Voice, stuck in a limbo of 'waiting to be approved' indefinitely.

Still, the Opera team is convinced their app will be approved. And such an approval would probably boost Opera's user base even more, despite the fact that many users will still likely stick with Safari as their main browser. 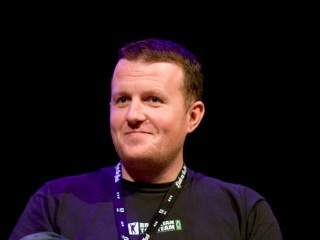