Nokia announced on Friday that it has acquired MetaCarta, a company that provides geographic intelligence solutions.  The terms of the deal were not disclosed.

Based out of Cambridge, Massachusetts, MetaCarta has been working in the geolocation space since 2001.  The company grew to a size of around 30 employees after raising several rounds of funding.  Back in 2005, the company raised $10 million from investors including FA Technology Ventures and Hunt Ventures.  During its earlier days, the company raised undisclosed amounts from In-Q-Tel, the investment arm of the U.S. CIA.

The move for Nokia makes sense as the geolocation space continues to become a normal part of owning a smartphone.  The iPhone comes fully equipped with Google Maps where you can simply press a button and find out information about the world around you through GPS.  In Nokia's case, the company said it would use MetaCarta's technology in the area of local search in its Location and other services.

MetaCarta's technology is at a point now where it says it can find anything written about any place.  It said it combines geosearch and geotagging capabilities to find content about a location in internal and external data stores.  The company said it can also make unstructured content "location aware" and geographically relevant.

Here's a good example of MetaCarta's capabilities.  It's GeoSearch News utility, as seen in the map above, lets users search a place in the world to see where the most recent news took place in that specific area.  For example, I searched San Bruno, Ca. (my hometown), and found the most recent news articles scattered on a map powered by Bing, (see little red documents on map above).  To my surprise, I found the 7-Eleven down the hill from where I grew up was robbed at gunpoint around 4:30am this morning!  Wonderful.

Nokia has been on somewhat of a shopping spree.  Just a few weeks ago, the cellphone manufacturer acquired Novarra, a provider of a mobile browser and service platform for an undisclosed amount. 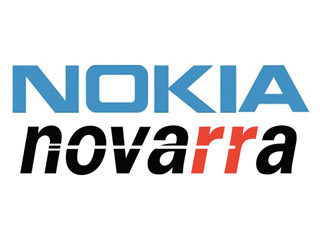