Metrics from AdMob show that the dominant smartphone OS is slowly ceding ground to Google.

Some interesting results from the report on mobile usage in February:Impressive, BUT the iPhone OS share decreased slightly between January 2010 and February—by 0.9%. A small loss to be sure, but it proves Apple is vulnerable to Android.

Yup, the Nexus One is a flop. And two months after birth, it’s already been bested in everyway by the HTC Evo 4G.

The full report is available here. 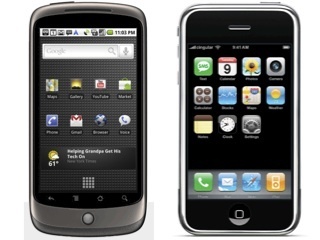