Instapaper, an iPhone app that lets users download Web pages with a network for later reading, may very will be landing on Apple's iPad on launch day.

Useful especially for those who know they won't have 3G, EDGE, or Wi-Fi access for awhile, Instapaper saves Web pages as text-only and presents the file in an elegant format for ideal readability. With the Pro version, currently priced at $4.99, customers can organize pages in folders, save a position in the text like a bookmark, look up words in a dictionary, set the screen to dark mode, and more.

Doesn't it sound like an essential reading app for the iPad?

If everything goes according to plan, Instapaper will be available for Apple's much-expected tablet device from day one. On top of that, since Instapaper will launch as a universal iPhone/iPad app, users only have to pay for the Pro version once; current customers will be able to get it on their iPad for free as soon as it's available.

"As far as I’m concerned, Instapaper isn’t really available on the iPad until it’s native," writes Marco Arment, Tumblr's lead developer and the creator/developer of Instapaper. "So I’m doing my best to make the day-one submission deadline. Even if the first version ships with a few edge-case bugs, I’d rather have that on my iPad for a couple of weeks than no Instapaper at all, and many customers have told me that they feel the same way."

Arment's dilemma is that he wants the app to be ready on launch day, but he won't be able to test out the app's performance until he gets his hands on an actual iPad. Technically, users could just download the "pixel-doubled version" (that is, the iPhone version), but, according to Arment, Instapaper is rendered useless and unusable when it's crippled in that way. So, he's taking the potentially buggy route.

The iPad (and maybe Instapaper) will be dropping on April 3. 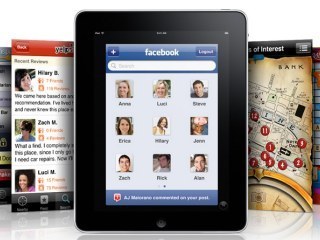