Techmeme of media to track the latest on news, books, television, and the Internet

No one will deny how much the Internet has affected almost all other forms of media.

Though we're all aware of something momentous reshaping the media industries, it can be sometimes be hard to see where it will all end up.

What do news organizations need to do to survive? Will books become extinct? When will an audience pay for content? Can video bring television and the internet together? Will the iPad save us all?

In an effort to attempt an answer at some of those questions, the people who brought you Techmeme, a technology news aggregator, just launched a similar service called Mediagazer, already being called the Techmeme of media. Using similar "sophisticated automated aggregation technologies" that power Techmeme, with a small group of editors to weed out irrelevant stories, Mediagazer will track all the latest and trending news related to media in any form--books, the Internet, TV, anything.

"Media news has several things going for it: lots of new coverage every day, lots of interlinking, a variety of subtopics (video, blogs, journalism, newspapers, etc.) and (we hope) a potential audience with interest in several of those subtopics," explains Techmeme founder Gabe Rivera.

Because of the natural overlap between tech news and media news, one will likely expect to see similar stories trending on both Techmeme and Mediagazer simultaneously.

The new site launches with a solid group of partners--WordPress, Tynt, Seesmic, Smash Summit, and Zemanta--which allows for the site to already capture revenue.

Mediagazer, not just available at mediagazer.com, has already launched a mobile iteration of the site (mediagazer.com/m) for smartphone users and an even simpler version (mediagazer.com/mini) for simpler phones. Naturally, Medigazer already has its own dedicated Twitter feed as well.

Just as Techmeme has become highly useful in tracking the latest tech news, Mediagazer will likely become a must-read for media. 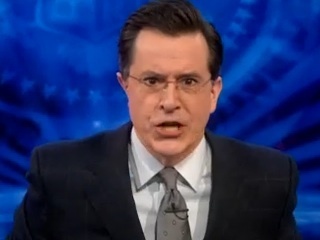