The email that launched the company reveals what entrepreneurial childbirth looks like.

How do you decide whether your crackpot idea is worth all your blood sweat and tears for a decade? It’s a question every budding entrepreneur must ask.

One approach is to study the AHA moments of those who made it—and the digital age is thankfully preserving those moments better than every before.

Mike Harrington, one of the Picnik founders who just announced the sale of their company to Google Tuesday morning, published the email that launched a thousand re-edited photos—a missive from his friend Darrin Massena explaining why online photo editing was the space for them to attack together. The email provides a valuable window into the mindset of an entrepreneur who thinks he’s nailed it… and turned out to be right.

“OK, OK, this is it man,” Massena’s email begins. “Our long term business goal: OWN THE INTERNET PHOTO EDITING MARKET. I think we can do this.”

The two had been brainstorming possible startup ideas in the preceding weeks—everything from “better wifi hotspots, a flash based PowerPoint-like product or a Visio, and lots of other ideas,” Harrington explained in a post on his wife’s blog Monday. “Each idea fell by the wayside because it was a) not fun enough or b) when we googled the idea it was clear that someone had already tried it and failed.”

But Massena had done his homework and everything seemed to fit. In the 2005 email, he punched out a 1,100-word analysis of the market, with separate headings for “THE MARKET,” “THE PROBLEM,” “OUR SOLUTION,” “THE COMPETITION,” “GETTING THERE” and “THOUGHTS.” The latter included the observation that “This could be really BIG ($-wise). Our timing is right. We’re at the intersection of demand (mass use of online photos) and capability (Flash 8 supports the first level of functionality we need).”

Not everything in the original email materialized exactly as planned, but on the whole, it’s a roadmap that looks remarkably similar to the subsequent 5-year history of the company. If you’re an entrepreneur wondering whether you’ve had a genuine eureka moment, give Messena’s email a read-through and see if it sounds familiar, at least in tone and structure, to your first attempts at winning converts. 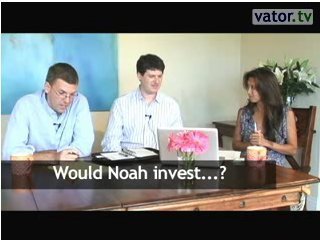