Exclusive: Interview with CEO Barry Silbert on plans for the marketplace, including M&A and hiring

SecondMarket, a leading marketplace for illiquid assets, such as private company shares - Facebook, Zynga, and Tesla Motors - on Tuesday announced it's raised $15 million in new funding, giving the company a post-money valuation of $150 million.

I sat down with Barry Silbert, the CEO and founder of SecondMarket, for the lowdown of where he plans to spend his new-found capital cushion, and why he even raised $15 million when his company already had $15 million in the coffers.

"It's the investors," said Barry, explaining that many of the new demand for stock available on SecondMarket has come from Asia. "Over the past six months, we've seen a lot of interest from Asian investors," he said.

Barry also plans to take the additional funds and make acquisitions. His team has already identified a dozen smaller companies that they may bring into the fold. Those companies either provide tools to buyers and sellers for his marketplace of illiquid assets, or research and analytics that will help those trading on the platform to make better decisions. SecondMarket has already started nibbling. Last year, it purchased InsideVenture, a smaller competitor, leaving SharesPost remaining to fend off a much larger rival.

Additionally, they're looking for companies that are already carving out nascent marketplaces for different types of asset classes. Barry estimates there are 85 asset classes to service.

The typical sellers are shareholders of private companies that are around four to five years old. The typical buyers are institutional investors, venture capitalistis, mutual funds and high-net worth individuals, said Barry.

Among the most popular private company stock in demand are Facebook, Zynga, LinkedIn, Twitter, Tesla Motors, and Craigslist. Facebook has the highest valuation, with offers for the stock currently trading around $36 per share. That puts Facebook's valuation at about $15 billion or so. Zynga is the stock with the second most interest. The offers for its shares results in a valuation of some $3 billion.

I also talked to Barry about SecondMarket's relationship with these private companies. After all, SecondMarket does create a new platform for shares to be traded, resulting in potential conflicts with the company's own agenda for selling shares. One concern companies have is that by allowing employees to sell shares on a marketplace, the number of new shareholders could explode above 500. When most private companies hit 500 shareholders, they have to abide by SEC regulations that essentially treat them like a public company. Facebook was exempt from this rule in 2008.

Barry's response was that often the stock sales result in a consolidation of new shareholders. Because the buyers are typically large institutions, they buy in "bulk."

Watch the interview to hear more about what Barry has to say about SecondMarket's relationship with these companies. And, how they are working with SecondMarket to create an organized selling process. 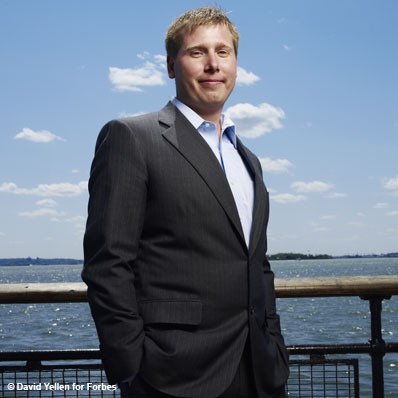