Apparently a LOT of people are into social shopping, and ThisNext wants to corner the market. The company announced this morning that it acquired Stylehive (a rival social shopping network), raised a $1.2 million Series C (confirming the round revealed in SEC filings last week), and is launching an umbrella brand called Curatemedia with the intention of spawning and buying yet more social shopping networks in other verticals.

CEO of the new Curatemedia brand, Scott Morrow said he is looking to build and acquire community sites centered around various types of consumer goods. “Curatemedia properties will focus on lifestyle categories and products and rely on crowdsourcing as the primary form of content and product discovery,” Morrow said in an email exchange. “We will focus on lifestyle verticals where there is the combination of (1) strong consumer interest and passion for products and (2) brand/marketer/retailer appeal (in the audience segment). A few examples of such vertical include the following: Sports/Outdoors, Tech/Gadgets, Eco/Green, Parenting/kids.” In other words, if your community likes to talk about the stuff they buy, Morrow wants to talk to you.

Investors and media companies are bullish on social shopping, given the high purchasing intent of viewers, but there's a lot of competition. This year, one of the biggest tech acquisitions was Amazon’s deal to buy Zappos for $958 million. Hungry for more, Amazon is reportedly in talks to buy Vente Privee for upwards of $1 billion. Other social shopping sites bought in the last year include Stylefeeder, Shop-it and Shopflick. Many more shopping sites received big funding rounds in 2010, including:

ThisNext launched in 2006 and combines shopping with user recommendations, tagging, comments and comment ratings and a wish list.

Glossi is the easiest way to create, customize and share beautiful digital magazines across devices. No experience necessary.

Shopflick (www.shopflick.com) is an online video-shopping marketplace that enables sellers to tell the story behind their products in their own words. Touted as the youtube for designers, Shopflick helps bring emerging talents into the spotlight by creating a direct-to-consumer experience like never before. Shopflick features unique merchandise from independent and eco designers and boutiques, many of which have a celebrity following. Shopflick in-house Studios works with filmmakers from around the country to create video about our sellers and their products, as well producing original, trend-driven editorial shows, product reviews, designer profiles and interviews. Shopflick is a fast-growing, venture-backed company (Venrock, Panorama Capital) led by top executives from News Corp, eBay and Fox Interactive. 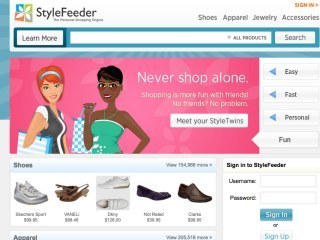 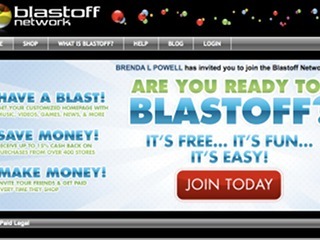