Encouraging the use of social media for story hunting, Sky News turns to Twitter

Sky News will be installing TweetDeck, one of many browser clients designed to stream the pulse of the Web from social media sites, on all employee computers, in hopes that journalists will take advantage of the power of social media in finding stories and reporting.

TweetDeck, originally just another third-party client for Twitter users, now draws from many social sources, including Facebook, MySpace, and LinkedIn. The application delivers a stream of tweets or status updates (whatever you want to call them) to the user's display in real-time, providing a wealth of opportunities for finding that breaking news story.

"The big change for us in 2010 is evolving how social media plays a role in our journalism," said Julian March, executive producer of Sky News Online, to Journalism.co.uk. "We no longer ghettoise it to one person, but are in the process of embedding throughout the whole team."

March here refers to Sky News' appointment of Ruth Barnett to social media or Twitter correspondent in March 2009, an admirable early step towards embracing power of social media. Sky News realized that the waterfall of information flowing in from social media sites was too large and significant a source for just one person to handle.

"Ruth told me," continues March, "she thought one of her tasks as social media correspondent was to make the role extinct - to encourage all journalists in the team to use these tools and not make it the responsibility of one individual."

Sky News isn't the first news firm to take advantage of social media, a much more valuable strategy when faced with the alternative: bemoaning it as another nail in the coffin of journalism. Expect other news companies to follow the example of Sky News. 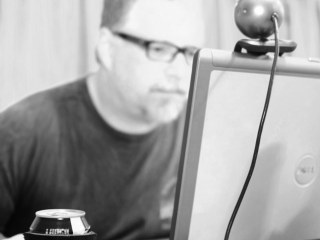 Vlogging in the New Year