Evan Williams says Twitter traffic may have plateaued, but only temporarily

Evan Williams, CEO and co-founder of Twitter, speaking at the Web 2.0 conference late Tuesday wasn't exactly candid about what's happening at Twitter these days. He dodged just about every question John Battelle, founder of Federated Media, threw his way about Twitter's plans for monetization. Williams also wouldn't comment about reports that both Microsoft and Google are interested in licensing Twitter feeds.

Williams did, however, concede that traffic in the U.S. was slowing down. The traffic slowdown, is "a problem," he admitted.

But while the traffic may have plateaued in the U.S., it's only "temporarily," he said.

Twitter's visitor figure has remained stagnant for several months, according to comScore. In September, Twitter saw 21 million unique visitors, the third straight month it's recorded that number, according to the measuring firm.

"The problem is upfront," he explained, meaning most people don't get Twitter in the beginning. But eventually, they do and they become hooked. To this end, if there is a slowdown, it's only because users haven't come around to embrace Twitter. But they will, he suggested.

Translation: Initially, they walk away confused, but eventually they'll come back.

How to get them back, however, is not a low hurdle. The big challenge for Twitter is finding the right "killer app" for each individual, Evan said. So, that's what Twitter is spending more time doing.

Twitter "Lists" should help toward that goal in finding the killer app for each user, Williams suggested.

Twitter Lists allow users to group people into different lists. By clicking on lists, you will only see Tweets from people who are on that list.

(Watch the video of Williams on how Twitter plans to keep the momentum up.) 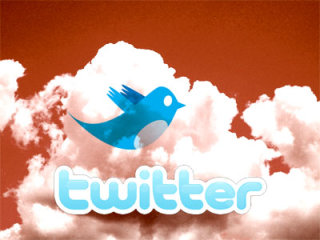