Personal Web Systems, a company intent on bringing the power of a browser-based Internet to the TV, has raised $1.2 million of a proposed $1.8 million round of funding, according to an SEC filing (via paidContent).

Though both venture capital investments and private funding made the round possible, there has yet to be any disclosure on actual contributors.

Developing a TV add-on that allows users to browse the Internet from TVs equipped with the device, Personal Web Systems distinguishes themselves from other potential competitors, like Boxee, Roku, and ZillionTV, by promising a full Web browsing experience.

Whereas other companies might limit Web usage by restricting users to certain "channels" of the Web through publisher-designed widgets, Personal Web Systems is ensuring that they will finally be delivering an unrestricted Internet-connected platform. That means access to Web browsing, Voice over IP, instant messaging, email, and even Web-based applications--all through regular old TV sets.

“This generation doesn’t want their hands tied behind their backs," says the Personal Web Systems founder and CEO, Gordon Campbell. "They want the same experience as with a PC, and widgets don’t do that.”

After having promised the New York Times back in February that the company's $150 product would be on the market in the early part of this year, now we're hearing estimates of an early 2010 release. Whenever it actually gets released, the device will be first launched in India.

The true test of the device's success will come much later, once we can watch the rate at which manufacturers get on board for implementing Web-to-TV chips in their sets.

Roku, Inc., is a privately held company located in Saratoga, Calif., and founded in 2002 by Anthony Wood, the inventor of the personal video recorder (PVR). Roku is a leading supplier of innovative and easy to use digital media products. Our best known consumer products are the Netflix Player by Roku and the stylish SoundBridge Internet radio line. We also make market leading B2B digital signage and kiosk solutions -- the BrightSign line. 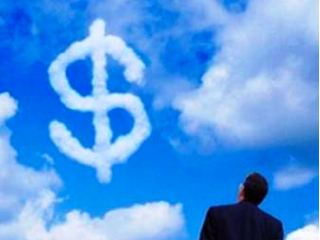 US Web ads decline 5% in first half