In this segment, Bambi Francisco interviewed Andy Dunn,. CEO of Bonobos, a two-year-old Manhattan-based designer and retailer of casual and dress trousers and polo shirts for men.

BF: Are you expanding to female clothing at some point?

AD: We're thinking about it. We're going to do a small test with stretch coduroy mini skirts probably just before the holidays.

BF: Let's talk about how you're getting the word out.

AD: It started with word of mouth.The first 2,000 customers was from my co-founder and I walking around campus at business school with grocery bags full of pants doing fittings behind people' s cars, behind pillars, and throwing pants parties. When we got started, we thought we would build a direct sales force, and build a Tupperware model in men's pants. Then we put up our Web store. We launched in eCommerce in October of 2007, and business went from 10,000 to 25,000, 35,000, 40,000 and then to 90,000 in the first five months just on the Web. We realized we did not need a sales force. There was an unmet need in the market which is for great pants without the hassle of shopping at stores. The sales force proved to be unnecessary.

BF: A lot of traffic that's going to your site came from the press. You've been covered everywhere.

AD: The press has been an unexpected part. I can remember sitting down in Union Square having lunch with a couple of folks and all of a sudden I received a few emails telling me that my site was down. We had our first press where I was running the company from an apartment on 17th and Irvine. I had 400  pairs of pants hanging up on the wall. I would wake up in the morning, do the commute to the kitchen, open up the laptop, and start working, and people started covering the company. It turned out that there was excitement about this story of folks not from the fashion and apparel world that are taking it on.

BF: What's your conversion rate getting people on your site and getting them to buy pants?

AD: It's been between one and half and two and half percent since we launched. It's funny. The better we get with our Web store, the more traffic we get. So I think conversion rate is a very tricky thing to measure. The denominator is the success of tracking people to your site. The numerator is your success at selling. Since both are important, we've been hovering that since our launch.

BF: And at this point, what is your cost to acquire a customer? What is it going to be at the end of the year since you broke even?

AD: So we're paying on average about $30 per every new customer to average across everything.

BF: What is everything?

AD: Word of mouth is free and we've built a referral tool to make that easy, which goes back to an idea I had when I got started in college with a falafel restaurant that I loved. I left. I brought them 100 new customers a year and said they should be paying me to eat here. So we have a model now that every new customer that you bring into the brand, you get a $25-$50 credit to the store credit for it, depending on how you do it. You can generate a discount code online. Any customer can generate a 15% discount code by going online and the store will automatically rack up store credit.

BF: You mention having an outlet where men test the pants. So are you going to be in retail stores?

AD: It's called the BFL. It means Bonobos Fit Lab and it also means Bonobos Football Lounge. We think guys don't like shopping in stores, however, we do need them to come in and try on the product, not from the standpoint to buy it, but so we know that we are developing the best fitted product. Our polo shirts are a great example of this. We had a whole in this belief that you can buy a boxee polo that was flowing than most guys in our demographic or you can buy a slim fit that was a little bit too "look at me". So we developed a 70% of the slimfit and then we took off the logo since it's time to stop showing people how much money you paid for your polo based on an animal that you have on your chest. Then we put a subtle B in the placket which you can cover up with a button. To test that product, we are launchig an event based on polos at the BFL in September in the spirit of guys that like to shop. We will have high definition televisions and of course football and sports.

BF: That is actually a really good idea to combine your retail outlet with your lab to test out new products. If you look at an online retailers out there such as Zappos, which sold to Amazon, or Blue Nile. Which do you think is doing a great job and is a role model?

AD: I want to to call attention to ModCloth.com. A lot of people don't know about them yet but they're doing phenomenal. They started two years ago, grew very quickly, and they're doing something very smart. They're doing serving customers between 17-24 years old. They'll buy 72 dresses, see how they will sell, and then they will re-invest. This is sort of a dorky point but you can build a much healthier financial business from a working capital stand point if you're smart about doing do small tests, and then scaling them up. That's what we aim to do with the difference being that we want to develop our own brand and our own products verses selling that of other folks. I have to give a shout out to Zappos though. They are the gold standard in delivering customer service and we've been fortunate enough to bring two of our people to our team and they've helped teach me an important lesson called the transitive property of gold which is if you want your employees to treat your customers like gold, you have to treat your employees like gold and that is something we are learning from them.

BF: Is your partner still sewing pants? Because he was the one that started this whole thing.

AD: He was the one that designed the pants. He is our Chief Product Visionary and is actually in China right now trying to find how to scale this. You cannot grow an apparel company two to three times a year without that kind of a sourcing set up and looking for the next generation of Bonobos great products... maybe some socks or leather belts.

BF: Maybe some female stuff? Call me and we'll talk.

BF: Congratulations to you. You've raised more than $3 million and you have an $18 million post valuation in two years and now you're on your way to get $6 million in net sales. I've been speaking with Andy Dunn. He is the co-founder and CEO of Bonobos and I'm Bambi Francisco. 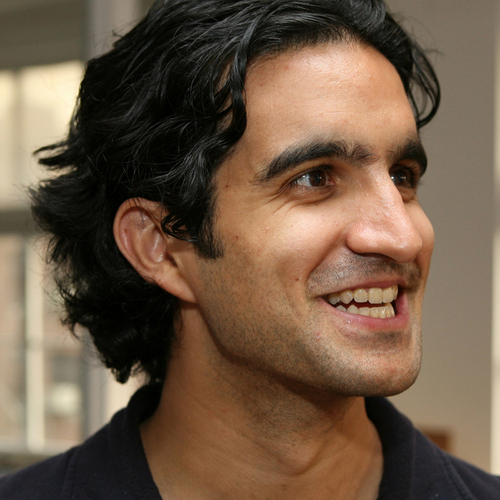 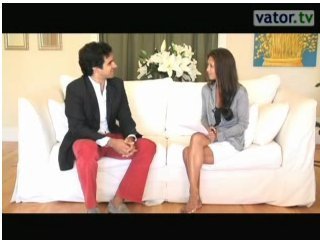