In this segment, Bambi Francisco interviewed John Batelle, founder and CEO of Federated Media. They discussed how the Internet is changing the publishing landscape.

BF: John, if you had to write a headline and lead graph about what's happening in Internet advertising today, what would that be?

JB: The return of the brand. For 50 years, brand marketers have figured out how to get people to change the perception of what that brand meant in between their ears by telling stories on television and those stories came in the unit of a 30-second commercial. It really worked and it still works. The ability to tell a story in 30  seconds, using the same medium, is very engaging and the alchemy is quite difficult.  But the entire infrastructure of the media-marketing business has been built around that and it doesn't work in the online space. Some of it can translate directly but for the most part, you need to do the same thing in terms of what you did in creating a native infrastructure of marketed mediums around a concept of television advertising. You need to do that online and we simply haven't done it yet and there is a huge opportunity for companies to build who have not done that yet.

BF: They're starting to do it. Appssavvy is trying to make the brands part of the conversation which is what you're focusing on. So how is Federated Media helping advertisers reach this audience that's conversing?

JB: We're starting with a general thesis that if you don't join the conversations customers are having about you, your brands, and the things that matter to your brands, then you're dead. Maybe not immediately but over time you will become irrelevant. So you need to create a set of muscles that allows you to be a brand in the conversation. There are many interesting companies that are doing that beyond Federated Media. We've built a platform, a set pf products, and have relationships with leaders of influencers. We can say we are leaders of influence and have conversations in various segments whether they're technology, business, home, and entertainment that allow conversations to come into these brands in a way that value is created. When you create value, you add it, and then you get it back, and we believe this is how you build a brand. We've had several success stories. For example, we use American Express Open which is their small business brand and we've helped build a platform for having small conversations with people and this platform has turned into a major tool for American Express to engage with their customers and potential customers that sort of qualify against any marketing objective whether it's straight conversion to card membership or its changing perception of brand to consideration. All of the various things that you do in a marketing program, allowing American Express to host a conversation about becomes a resource of value.

BF: Are you trying to create applications for Facebook?

BF: You wrote the book "The Search" and now there are a number of real time search companies out there. What are your thoughts on these companies?

JB: We are early in that game but the idea is that there is data that is available at the moment that is responsive to what we might want to know is extremely exciting. The shift has gone from what people have said to what are people saying now. This presents an opportunity that gets us into a conversation.  So I could say that I'm not hearing what people are saying about this but what do they think. Well you can turn a quiery upside down and get a response back. This is why I am interested in companies like Aardvark which is does an interesting thing such as call and response against human beings verses algorithms and static content which is Google. When you start to move into conversation at scale, you can start to do things that are very different.

BF: Google introduced a new model. What is the model at real time search and how will it emerge?

JB: I think the model that we're familiar with...Adsense, Adwords, is already a real time option where people have set up parameters.I don't see why the model cannot be adapted to real time.I can see why Twitter or Facebook won't have a platform. There is an infinite amount of work to be done and it is a huge commercial opportunity.

JB: I think I argued six months ago that they did not have a choice but to buy Twitter.

BF: For how much?

JB: Well the fact is it isn't for sale to Google which makes it so interesting. Evan has already sold a company to Google. Why wouldn't he want to do it again? Not sue how much but it was 2003. That was pretty IPO. So my guess is that we have these wonderful happy accidents and need to keep the wheels on that kind of service. You've got a happy coincidence to a set of founders that feel like they don't need to sell.

BF: They are in it too so they want to stay.

JB: So we get to watch something happen.

BF: What do you think of Digg's thumb's up and thumb's down type of model?

JB: Any step that is taken that increases the dialogue between a marketer and a consumer is a good thing. I think there is a supply and demand problem. The supplier of revenue in marketing the advertiser is not quite at the point of where they understand how to take those kinds of signals and make them mean something to them so we're in a period of investigation.

BF: That is something that needs to be thought right through. You started Federated Media officially  in 2005. How have your expectations changed about publishing and advertising?

JB: It's far more complicated and way more interesting than I thought it would be.

BF: Back then you didn't have Twitter and may things.

JB: I personally believe that the true soul of what made magazines great has now transferred to the Web. Why would you want to spend millions of dollars to put it on paper? If you are going to do that, you better have a really good reason why. I am sure there are really good reasons, but I just haven't used any of my energy to find out.

BF: You are going to find someone else to run the company, you've done this before, you've written a book on search and search itself is changing. What is the next book? When can we start reading it on your blog?

JB: It's called the "Conversation Economy"  and I write about it from time to time on my site. It is about the shift occurring in the economy and culture. As all of us expect to (??? 10:25) a query-related to business deserves a response. The ability to have companies engage with customers in conversation at scale is going to be presumptive in twenty years. My book is based on the vision of how we are going to get there.

BF: I'm looking forward to reading that book once you write it. 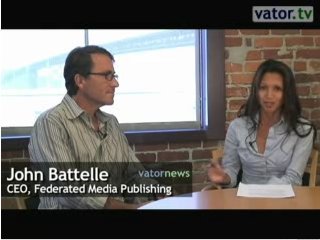 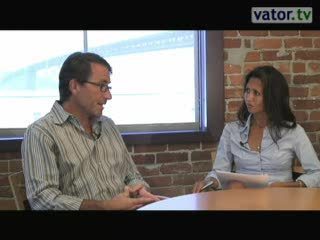