Imagine a cell phone that can charge itself in your pocket. This is a possibility in the future through one tiny unknown company called Motionetics.

Motionetics, which is developing new battery technology, has acquired the intellectual and physical property of M2E Power, a company that made similar technology, for an undisclosed amount. No further details have been revealed on the transaction.

The story goes back a few years starting with M2E Power, a company that was developing a wide range of batteries and technology, which made use of human kinetic energy.  These battery packs – energy storing devices – would essentially charge themselves from the motion of humans while walking around or driving cars, etc.

M2E Power raised $8 million in funding from OVP Venture Partners, Highway 12 Ventures and other angel investors back in 2007.

M2E Power was working on selling to the consumer market.  It was said its technology would eventually recharge MP3 players, cell phones, and even electric vehicles.  A report from September of 2008, predicted we’d be seeing motion powered mobile phones by 2009.  Even on its own Web site, M2E Power had written,

“Imagine your cell phone charging while you walk, or your car gaining power while you drive…M2E’s  patent-pending, physics-level innovations offers the potential for these power solutions and more.   And they promise three to seven times more power than competing kinetic energy systems.”

And how things ended up changing – in a recent post by Earth2Tech, M2E Power execs revealed it was no longer developing external chargers and changed its focus to the vehicle market.  It also told the site that it was, “in the midst of selling the company to another entity.”

Well, that other company is Motionetics – which nobody knows really anything about.  Taking a glance at its Web site one can simply read,

I was able to speak with Layne Simmons, co-founder of Motionetics, to find out a little more about the company and reasons for the transaction.

Simmons explained Motionetics is all about energy harvesting.  The Idaho-based company started from a small business innovation research grant out of the Department of Agriculture.  Since then, Motionetics has been working on projects specifically for the Department of Defense for various military applications.  She found M2E Power to be a great acquisition because her company was interested in taking that technology M2E Power had developed, and basically amplifying it.

Beyond those military applications mentioned earlier, Simmons also said Motionetics would be on a clear path to the consumer market as well.

It’ll be interesting to see in the near future if Motionetics brings back to life the developments that M2E Power had come up with for the consumer market.

An iPhone that charged itself in your pocket while walking around the city – now that would be awesome.

Company Overview  TenXsys Inc. spun out its Kinetic Energy Scavenging (“KES”) technology into a new venture, Motionetics, in January 2008.  Partnered with the Department of Defense, Motionetics is developing energy harvesting solutions for various application spaces to include military vehicles and equipment.

Due to the nature of the work effort, many of the details are not able to be shared with the wider community, however, technological advances that are currently under development will have broader, commercial applications. 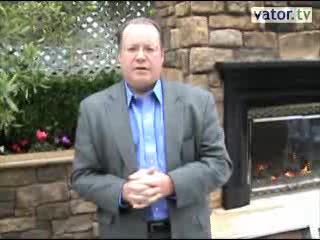 The green bubble could make the dotcom bubble look small