In a race to bring Internet video to the television, YouTube launches YouTubeXL

YouTube has responded to the growing number of users connecting CPU’s to their TV’s with a brand new feature, YouTubeXL.

The site is pretty neat - it's basically an optimized version of YouTube to be used on the big screen and seen from, say, your couch.

The interface is very simple and easy to navigate while eating popcorn and drinking some soda.  As you can see below, the homepage isn't overloaded with advertisements or sponsored videos.  It's just an interface to get around and access videos on the site in relaxed manner.  Similar to a DVD menu, selected items are blatantly hilighted when you browse over them.  The search box is large and easy to read as well.

Once you select the video you'd like to watch, you'll notice navigation and controls of the video are fairly large as well.  You can expand the dimensions of the site to fully readjust to however big your television may be.  YouTube XL also supports HD videos uploaded to the site.

All in all, YouTube really isn't doing anything that new in this space.  Just earlier this week, Hulu released its own bigscreen/tv optimized product, Hulu Desktop.  Also, Boxee, an open source multimedia center for Mac OSX already has optimized YouTube along with plenty of other Internet-TV websites.  Boxee even tried optimizing Hulu, but Hulu made them remove support due to legal issues (probably because it was launching its own version.)

The one sole reason YouTubeXL stands out among the above is the fact that users do not need to install any software on their machine for it to work.  It simply loads up within the browser as long as the user has the latest version of Flash installed. 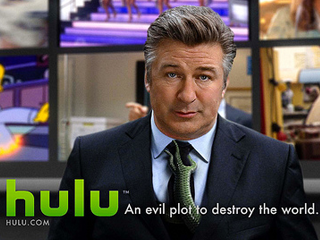