With 1 billion iPhone apps sold on the iTunes store, how much is Apple really making?

About a month ago Apple announced that one billion iphone apps have been downloaded in the first nine months. That’s an amazing number. I wondered how much money Apple was making from the app store.

Although it’s hard to come by the definitive ratio of free to paid apps, talking to industry participants I got estimates in the 1:15 to 1:40 range. So that suggests that between 25-60m paid apps have been sold.

O’Reilly recent did a survey of iphone apps and noted that the mean price for paid apps is $2.65:

The weighted average price for paid apps is probably lower than this as the median is $1.99 and there is significant price elasticity for iphone apps, but let’s go with the $2.65.

Multiplying this by 25-50m paid apps, that suggests that the cumulative revenue from iPhone apps is around $70-$160m. Apple gets 30% of this so Apple has probably made around $20-45m from the billion iPhone apps downloaded. (Note that if you use an assumption closer to $1.50 for weighted average app price, then this estimate drops to around $12-27m).

Given that Apple sold 13.7m iPhones in 2008, the app store is not a meaningful direct contributor to their overall revenue. Much like iTunes, Apple is using the App Store to drive demand for their hardware.

The biggest assumption here is the ratio of free to paid apps, so if any readers have better data on this, please comment. 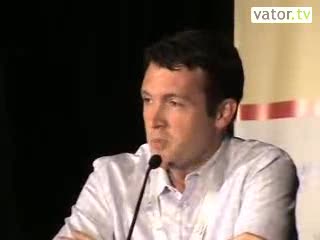