How far does the land-grab strategy go in the face of the global economy downturn?

This is the result of having to support 275 million users worldwide and and their photos of their family, friends, pets and vacations: a huge bill.

Faced with mounting expenses to support its fast-growing membership base and network, Facebook is seeking to raise some more money.

The social network, which has already raised $500 million in funding, is seeking $100 million in additional debt financing in credit lines that would help it finance leases for computers it needs to run its site, reports BusinessWeek.

In a statement to VatorNews, Facebook said:
“Facebook always seeks to keep its costs of capital as low as possible, particularly in these uncertain economic times. Along with other Silicon Valley companies, we rely on a range of tools to do so, including lease lines to acquire equipment.”

Facebook went on the hunt for funds after TriplePoint Capital, a venture lending firm in Silicon Valley, wouldn't extend its line of credit of $100 million for equipment leases a year ago, accordig to the report. That credit line expired several months ago. TriplePoint CEO Jim Labe says the company is in discussions with Facebook to possibly lend it more cash.

Despite the fact that Facebook has a population that puts in the top 10 in the world, the social network is clearly still in its land-grab mission. This means that it's not concentrating on business models to support its membership, but rather features and functionalities that keep its members glued to its site. This is why Facebook cut its 2008 projections to $250 million and $300 million. If Facebook were to focus on monetization and it could make a killing. Several social networking sites, with far fewer members, are making up to $30 in annual revenue per user, vs. an estimated $2.50 in revenue-per-user on Facebook.

The question is: How far does the land-grab strategy go in the face of the global economic downturn? 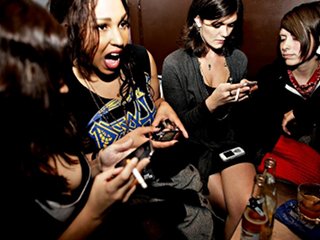