Hearst on the M&A hunt for digital media?

If you're a digital media property, it might be a good time to talk to the folks at Hearst. Apparently, the company is thinking about "buying" vs. "building" its way toward a larger Web portfolio.

His mandate will be to turn Hearst's cash into a portfolio of Web properties. He will likely be expanding the portfolio through acquisitions.

“I do think it’s a good time to be acquiring digital media properties, because they’re well priced compared to where they were a couple years ago,” Kliavkoff told Media Memo.

Is Kliavkoff the man for the job?

At NBC Universal, he was credited for helping to launch Hulu, the video joint venture between NBC and News Corp. And, he helped NBC negotiate its partnership with Apple's iTunes. 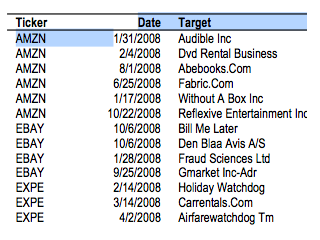