In President Obama's latest weekly video update, you'll notice one thing about its relations with Google.

They're not as chummy as one would have expected, given that Google CEO Eric Schmidt campaigned for Mr. Obama, and is working with the administration on everything from the economic stimulus package to how the government handles public information.

This weekend, the White House quietly stopped using Google's YouTube for its weekly video addresses. This after privacy activists raised criticism about the use of tracking cookies used by the video service, according to CNet. Apparently, a tracking cookie would be attached to every person visiting the president's blog, even if a person did not click the "play" button on the video.

YouTube is still being used as a distribution channel. But the embedded videos on the official White House Web site no longer will give YouTube free advertising, and no longer - theoretically - track users visiting the site.

Obviously, the White House made the right move. It's clear tax payers were giving Google a free ride to store information about themselves and get free advertising to boot. The timing is notable on a couple of fronts. Firstly, the move comes after Obama in mid-Februardy nominated Christine Varney as U.S. antitrust chief.

Varney has described Google as a "monopoly" that will be as powerful in the computing world as Microsoft was in the software.

More from CNet: Within the last couple weeks, YouTube has silently rolled out its own updates in response to the cookie-related criticism. People wishing to embed a YouTube video can now select a delayed cookies option when copying the embed URL. That choice will cause the embedded videos to be served from an alternate domain, www.youtube-nocookie.com, which registrar records reveal was first registered on January 23 2009, just one day after this blog first mentioned the White House/YouTube cookie issue. 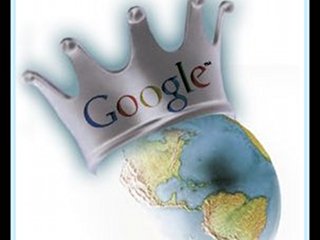 Will Google be broken up?