Take your future into your own hands

Buddy Media's Michael Lazerow is chock full of advice, including working with your spouse

In this Lessons Learned segment, Bambi Francisco asks Michael Lazerow, CEO of Buddy Media, to share a few pieces of advice for the Vator community.

The New York-based startup is one of the largest networks of engaging and entertaining social media applications on the Web. Since Lazerow has experienced a successful history with starting four companies, including Buddy Media which raised a total of 8.5 million, the serial entrepreneur had much to say.

BF: Michael, thanks for joining us. You've been an entrepreneur four times over. Buddy Media is your fourth startup so you have a lot of lessons to share as an entrepreneur. Give us three of them.

ML: Well the first one is just do it. So a lot of you probably haven't started a business in today's global economic crisis. You're probably going to get laid off if you're at a big company. There's no security, whether its government or the environment. So take your future in your own hands and control of your destiny. So tomorrow quit your job. I've been very vocal about that. Take control of your destiny.

Second, if you have the opportunity to raise money, raise more than you think. It always takes double the time and twice the amount of of money to do these startups. So whatever your projections say, assume you have no revenue and it's going to take twice as long and cost twice as much money.

The third is very simple. It's just about people. As you hire, hire great people. Even if they're not perfect for the job; but hire people you can work with for years and years. There are some people who I've worked with for the last 10 years. We've experienced working through four companies together. They have adapted and I've adapted to what's going on. So if you focus on great people and foster relationships with those people, good things will happen through good times and bad. Because you are going to have your bad times. You're going to run out of money; you're going to lose clients; and you want to be in the hard times with people you love.

ML:  Beyond a family, because you don't spend ten hours a day with your family. I do because I work with my wife.

BF: What is it like working with your wife? Not everyone can work with their spouse.

ML: We have a great relationship in which she does more of the internal stuff such as operations, marketing, and HR stuff, and finance. I do more of the selling, raising money, and partnerships. And it works for us. We've done it for 10 years. We've done it for businesses. We get things out on the table. We communicate, We don't take work home. We work on our relationship. Date night is Tuesday night and Saturday night. we keep the spark going. We work on that. I'm a firm believer that if you can't work with people you love, who do you work with, people you hate?

BF: Yes, that would be tough. Any failures or setbacks that's made you a better entrepreneur?

ML: So, none of our businesses have been failures. Golf.com we sold, Buddy Media is going well, knock on wood. In each of those businesses we've had hundreds of failures Products that didn't work, launches that didn't work, clients that we lost. So I think that you're going to have failure so you need to move on. Learn from the failure and move on. Because there is not one failure, unless you run out of money, that is going to crush your business.

BF: Well even there you can probably think of a way to survive.

ML: Even there you can probably take out a loan.

BF: But number one just go out there and do it. Quit your job. Most likely, you don't have a job, which makes the decision to go out on your own even better. 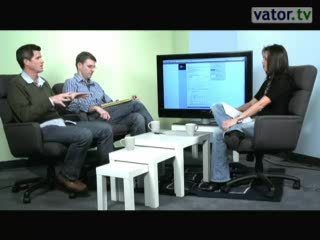 Social apps as ads? We look at Buddy Media 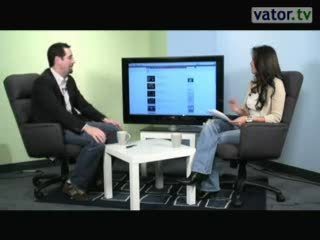