All was well in Silicon Valley for most of 2008, until November. That's when the region's growth halted, and has been declining ever since, according to an annual report from Joint Venture Silicon Valley and the Silicon Valley Community Foundation, and reported by the Wall Street Journal.

The report quoted Russel Hancock, CEO of Joint Venture Silicon Valley, saying: There was a feeling that Silicon Valley had special assets to help weather the crisis, but we now know we're in for the same pain... We haven't hit bottom yet, and it will be a while."
From WSJ: Among the bad news was that Silicon Valley posted a 1.3% drop in employment in December from a year earlier, the first time since 2005 that the area hasn't continued a jobs revival. In addition, Silicon Valley's per-capita income declined 0.8% to $63,880 in 2008, while per-capita income in the U.S. broadly rose 0.2% to $37,979. It was the first time since 2003 that the region's per capita income fell, according to the study.

There were also signs that Silicon Valley's innovation-oriented structure was showing some cracks. Venture capital investments - which provide financing for the startups that eventually go on to produce innovative new products - slid 7.7% in the region, the first decline since 2005. Few venture-backed companies were able to go pulbic last year becaue of makret turmoil. The overall number of patents being filed in the region also fell slightly, according to the study. 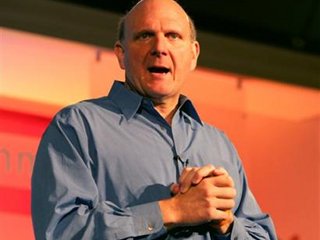