A few years ago, I read that newspapers could be extinct in 40 years. With daily news stories about layoffs, the right number is more like 25.

The latest publisher to shed jobs is the Financial Times.

According to the Guardian, "The Financial Times group is planning to make up to 80 staff redundant across its global operations, telling journalists today that 2009 will be a "crucial year for news media".

The FT chief executive, John Ridding, told staff the company had started negotiations with 80 employees about possible redundancy as part of its restructuring plans. All those who may face redundancy will have been contacted by tomorrow, he said.

The managing editor, Dan Bogler, told staff today that 20 editorial positions were affected – and less than half would be compulsory redundancies. Bogler told staff he was still looking for candidates for voluntary redundancies."

The latest layoffs are a sign that 2009 may be as brutal as 2008 for the newspaper business.  Just last week, Hearst Corp. said it was seeking a buyer for its Seattle Post-Intelligencer newspaper, which lost $14 million last year due to a drop in circulation and advertising revenue. Additionally, The Globe and Mail said it's planning to reduce its staff by 10% - 0r 80 to 90 jobs - through voluntary buyouts.

All this said, I don't think newspapers will be completely extinct. But they may start looking more like magazines.

Death of magazines - even Oprah's shutters 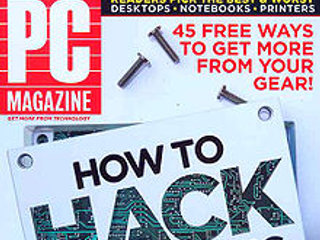