Digital dealmaker and others out at Wired

Just when you think it's over...

Well, actually, no one thinks layoffs at media companies are over. But letting people go is better than shuttering a whole operation, just as we saw recently with Oprah's O at Home, quarterly magazine.

This time, we're seeing more layoffs at Conde Nast. Kourosh Karimkhany, who headed up merger and acquisitions at CondeNet, has left, according to PaidContent. Karimkhany was responsible for the acquisitions of Reddit and ArsTechnica. I guess CondeNet isn't planning to do many M&A deals anytime soon.

Wired.com has reportedly cut its staff by 10%, according to reports.

"Out of 28 editorial positions, 3 employees were laid off, according to the sources. In an interview with CNET News, Evan Hansen, Wired.com's editor in chief, said the company downsized to prepare for the economic downturn.

"Revenues are expected to be up year over year but not as much as we expected," Hansen said. "We're concerned about 2009 because visibility is murky. We're taking steps to make sure we're in good position."

Hansen declined to discuss who was let go, but sources familiar with the situation said none of the publication's staff writers was cut. This is only the latest reduction of editorial staffing for Wired.com's publisher, Conde Nast."

MediaMemo's Peter Kafka reports that the cuts aren't isolated to Wired.com. Apparently, CondeNet, which manages some of Conde Nast's Web operations is cutting staff "across the board."

In late October, Condé Nast said it planned to slice budgets company-wide by 5 percent, including scaling back the number of Portfolio and Men’s Vogue issues it publishes and laying off some staff.

It's not pretty out there. 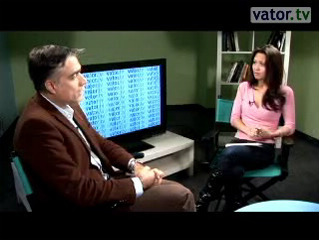 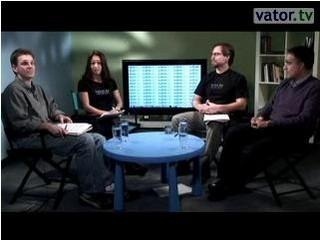