Microsoft reaching out to younger startups

At a time when Microsoft's business model is under threat from Web-based applications from Google, open source initiatives and cloud computing services from Amazon.com and others, the company is expanding its efforts aimed at getting startups to adopt its software platform and tools.

The software giant today unveiled BizSpark, which will allow companies with less than $1 million in revenue to use Microsoft's many application suites for three years for free.

Companies will now be able to use the Windows operating system, database software, graphics tools and new Web-based CRM service to start building their own software products.

The startups, which have to be referred by a network of partners that includes the National Venture Capital Association and entrepreneurial groups like the Indus Entrepreneurs, also get access to Microsoft support and development teams for no cost.

Companies in the program will also be featured in Microsoft's Startup Zone Web site and get plugged into their Accelerator program, which Microsoft's Dan'l Lewin explains here.

It's an enticing deal for young companies worried about keeping expenses low. The server software and support licenses for Windows Windows SQL and Visual Studio could easily save them $10,000 or more a year, depending on how many users they have.

There's a catch, of course.

They have to be willing to start building their company on top of Microsoft infrastructure, potentially locking themselves in to software costs down the road in exchange for a hand-out now.

The freebies end when a startup turns three years old or passes $1 million in annual revenue.

But for startups whose developers are already familiar with working with Microsoft, it's a chance to save money at a time when investors are pushing them to cut costs.

For Microsoft, it's a smart way to try to get promising young startups into the fold before they decide to go elsewhere for their software needs. 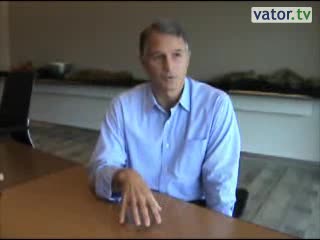