Yahoo and Google just got schooled in the ways of Washington.

The two companies are being forced by U.S. antitrust regulators to modify their proposed revenue-sharing agreement. This after they agreed to postpone it last month amid intense lobbying from online advertisers and from search rival Microsoft.


That was the online ad deal that was supposed to boost Yahoo's cash flow and help it survive as a stand-alone competitor after CEO Jerry Yang rebuffed multiple acquisition offers from Microsoft.

Having been spurned, Microsoft CEO Steve Ballmer put the heat on Yahoo with an intense lobbying effort against the deal. The company has more than a decade of experience dealing with the U.S. Department of Justice, thanks to its being on the wrong end of its own antitrust ruling, and it puts its experience there to good use.

Yahoo, on the other hand, has no clout in Washington. Google has only slightly more, even though it's put lots of money and effort into boosting its presence there. What political capital it has gained, Google isn't about to trade away just to help keep its weaker rival afloat.

With Microsoft and advertisers complaining to lawmakers, there was no way that regulators were ever going to let the two top search advertising firms enter into an agreement without putting some restrictions on it.

The Wall Street Journal is reporting that Yahoo's share of the revenue will be capped and that the length of the deal will be slashed from 10 years to two.

While the result is a public-relations defeat for Google, it won't impact the company's finances in any meaningful way. For Yahoo, on the other hand, it's yet another devastating blow.

Now, the life preserver that Google threw to Yang after he rebuffed Microsoft's takeover effort looks a lot smaller. And with all signs pointing to a slowdown in display ad spending, the waters that Yang is trying to swim in are becoming more treacherous.

More media execs jumped ship today, continuing an exodus that's been going on for a year.

The more time that goes by, and the more Yahoo's stock fades, the greater the chances that Yang will be forced to accept an acquisition offer for far less than he could have gotten in May (or January or last year).

This is the bitter irony of the whole saga, because Yang and the Yahoo board did Ballmer a favor by turning down his successive offers. Paying $20 billion for Yahoo won't stop the Google search marketing share gains by itself, but it's only half as crazy as paying $40 billion.

Ballmer might still be interested in a deal, because Yahoo still has one thing he covets and hasn't been able to figure out how to get on his own -- search market share.

He'll have few rivals of consequence if he decides to come after Yahoo again. Any media companies that might be interested will be less impressed with Yahoo then they were six months ago, when none of them were willing to make a formal offer. And those firms will have their own revenue issues as ad spending slows.

So Microsoft is under no pressure to act quickly, as its traditional businesses are still generating lots of cash. Look for Ballmer to let Yang twist in the wind while he ponders two unattractive options: either sell to hist despised rival from Redmond or preside over the slow death of the company that he helped create. 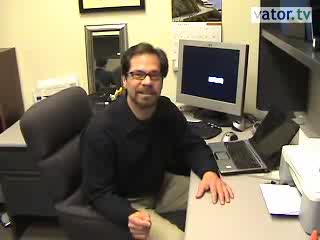 What Yahoo's results tell us

The end of Yahoo as we knew it 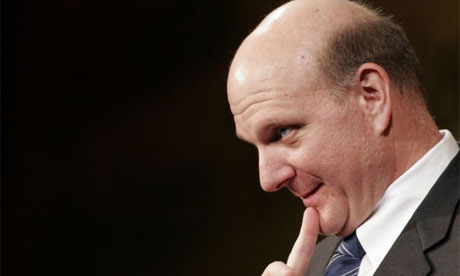