It must be that during a downturn, people turn to celeb news to live vicariously through stars. And, there's nothing like soaking up busted weddings, wardrobe malfunctions and sex tapes, when the world just doesn't feel right.

Buzznet, a user-generated and edited site about musicians, and its Celebuzz property, a site that houses a number of bloggers, such as The Superficial and Celeb Slam, is seeing its traffic accelerate during these times.

"We haven't seen much of a difference... Right now, we had our best quarter in Q3, and Q4 is looks like it's going to be significantly greater than Q3," said Tyler Goldman, CEO of Buzznet. Tyler and I were on the same panel at Digital Hollywood in Santa Monica on Monday. Now, seeing higher traffic is something many sites, particularly financial sites, are seeing. But while some sites can't sell all the inventory, Buzznet's doing just fine. Sell-through rates are extremely high, he said, though he wouldn't say how high.

Part of the reason for the increase in Buzznet and Celebuzz traffic is that the sites draw very young audiences, he said.

Given Buzznet's user-gen model, Tyler hasn't had to make cuts in production to keep expenses down. "A typical content by us is programmed by 5,000 users following our editorial lead," he said. "We’re not out there with 12 cameras and 45 writers. We do this because [mash-up approach] because it creates a better experience." 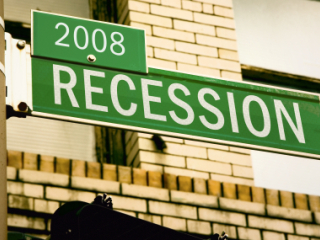 Survival in an advertising recession