In the beginning there was Technorati. New media relevancy was measured by Technorati - the place to discover what was happening right now on the Web. But the waters didn't stay parted long for Technorati, before a number of services ranging from Google Blogs to Digg, and now Twitter's Summize came flooding in.

After taking on a bit of water, Technorati appears to have plugged the leaks and has reinvented itself to not only be a simpler place to search for blogs, but a place that helps monetize them too. It's such a natural move. New CEO Richard Jalichandra took the helm last year and appears to be embarking on the company's biggest attempt to monetize its index of 70 million blogs to date.

Through Technorati Media, Technorati hopes to leverage its search index database to be a top advertising network.

Rather, Technorati’s approach is a bit more like Yahoo’s, particularly now that it’s bought BlogCritics, a blog network with some 2300 contributing bloggers. I say Yahoo because as a portal, Yahoo has focused a lot on display advertising and has dabbled in the content game. It’s always been Google’s mission to organize the world’s information whereas Yahoo has dabbled in the creation of it.

In like vein, the purchase of BlogCritics does move Technorati into the content creation game, even though Richard believes Technorati is not departing from its raison d'etre.

“They have a similar mission to us. Technorati has always been about helping bloggers, and people who read blogs,” he said, in the first part of three interviews with me. “BlogCritics help bloggers get a bigger platform to express themselves and they help people who read blogs find great stuff all in one place.”

BlogCritics is made up of a community of 2300 bloggers who’ve contributed about 73,000 articles. BlogCritics displays relevant blogs editorially while Technorati does so algorithmically.

BlogCritics is one of the 35 to 45 sites that Technorati is now working with. Others include BlogTalkRadio, BlogCatalog - a fast growing social network for bloggers, BlogTV - user-generated live programs, Daily Blog Tips, GPS Magazine, GeekAlerts, Nerd Approved, Technabob to Icanhascheezburger.com. All told, the sites along with Technorati.com will have 40 million unique monthly visitors, said Richard. Today, Technorati alone has 10 million unique visitors, he said.

Richard said it comes down to the data. The best way to target an audience is to have more data about them than anyone else. Richard said the data being captured by Technorati is threefold. Technorati indexes 70 million active blogs and has the largest database of tagged content, which could be used as contextual keywords. Technorati also understands the relationships between bloggers, or as he refers to it the "link graph of the blogosphere."

Now how Technorati uses that data to better target ads for its ad partners and raise CPMs for its blogger publishers is yet to be seen. It sounds like a good plan. It seems like things are a bit less soggy over at Technoratri right now.

(Note: Watch for our next interview in which Richard talks about Techorati's business model, competitive landscape and new changes to its platform)

Yardbarker is a network of 700+ independent sites -- mostly sports blogs -- that target the new generation of guys online. The hub of the network, Yardbarker.com, is a community site where fans and celebrity athletes hang out, interact, and talk sports. 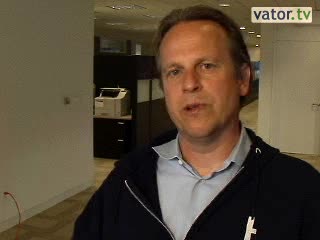 Federated and Sphere - what ad networks and widgets are worth 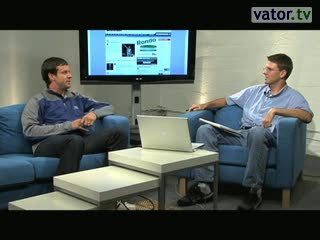