But, it's like obscenity; you know it when you see it, and you rarely do

When I started as a journalist, I always went directly to the source, or at least what I thought were the sources. These days, copying and pasting is a bigger part of journalism. Just this weekend, a NYTimes article, gave pointers to journalists who couldn't copy and paste. The article asked: "How can they [reporters] do their jobs if they can't copy and paste stuff from the Internet?"

Goodness. The NYTimes says reporters can't be reporters without copying? Does Internet sourcing, err copying and pasting, make journalists lazy? Are they failing to stand on shoulders, relegating themselves to just one of the crowd?

To be sure, copying and pasting -- with attribution and linking -- isn't all bad. The ability to do so has created some must-read curators of content and it does help advance stories by allowing journalists to do more fact gathering and original reporting on top of the basic information already accumulated. It can be additive to the journalistic principle of objectivity - corroboration of fact with multiple sources of balance - as defined by Answers.com. It's in this context that I estimate that objective journalism may actually be  growing.

"It's like obscenity," said Blaise Zerega, deputy editor at Portfolio, regarding his views on objective journalism. "You know it when you see it – and you rarely do."

But copy and paste is only one small contributor to the lowering of the barriers to entry for journalism. If you have a blog (heck, a Twitter feed), you're a one-man network. And, advancing a story can take little effort when there's already the basis of a story all over the Web. Just copy the original, attribute with a link, and add some subjective spin. It's by far easier to opine than to report.

Blaise and I caught up at a special event hosted by Andy Plesser, prolific video blogger and founder of Beet.tv. The event was held at the AlwaysOn Stanford Summit last week. There were about three dozen media types at Andy's gathering, including seasoned journalists, such as Will Hearst who was Publisher and Editor of The San Francisco Examiner for a decade. Will is a venture capitalist at KPCB, and director of the Hearst Corp and Hearst-Argyle Television. Since my last piece on "Objective journalism" was well-received, I thought I'd ask this group of veteran journalists the same question: What do you think about objective journalism?

Not surprisingly, most of them, felt objective journalism was a relic of the past, an unfortunate casualty in the battles between old media and digital media, top-down and bottoms-up, professional and user-generated, open and closed platforms, etc.

"Even though you can can't be objective all the time, there aren't enough people trying to be," said Charlie Tillinghast, president and publisher of MSNBC.com. "The next phase of Internet content is someone standing up for objectivity."

Indeed, the relative scarcity just makes objective journalism increasingly precious. “The more the tidal wave of opinion threatens to engulf us, the more valuable it will be to have reporters and editors who just follow the facts where they might be." said Andrew Heyward,advisor to Marketspace, the media division for Monitor Group. Andrew is also a former President of CBS News for nearly 10 years.


"I’d hate to see a world where everything is an Op-Ed page," he added.

The CPMs are probably higher for the objective journalism MSNBC.com and CBS strives for, but can subjectivity make it up in volume?

Perhaps. In fact, one veteran journalist believes we need more subjectivity. It makes for better journalism.

"The whole notion of objectivity should be thrown out," said Phil Bronstein, editor at large for the San Francisco Chronicle and the Hearst newspaper division. “People have opinions; they have perspective; one of the things that create expertise is your perspective," he said. "There’s a distinction between total subjectivity and context that you can provide because you have experience. And you speak with authority because of that experience... I think journalists shy away from speaking with authority and that they ought to speak with it."

I'm one of the few remaining people who believe objective journalism does exist," said Will, who believes that the open platform of the Web actually enables objectivity. "Sometimes journalism is objectified by other people correcting mistakes and errors."

Will raises an interesting point. Even if one gathers facts, resulting in an objective piece - why is it valuable if it's wrong? On the Internet, the community can contribute to a piece and, at times, increase its objectivity.

My subjective opinion is that objective journalism is going to represent an increasingly smaller portion of the journalistic pie, but that there is still a role for fact gathering and reporting that at least attempts at balance.  We may never be able to achieve perfection, but it doesn't mean there's no honor in trying.

Just as, for example, we wouldn't want to give way to a completely subjective judiciary, so to should we hope to see some corner of the journalistic world keeping the objective torch aflame. 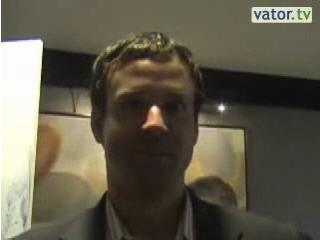 Objective journalism - dead or drowned out?