Founder Paul Buchheit, and how his startup exploits the sharing and voyeuristic mindset

In a world where self-expression is increasingly encouraged and exploited, a new type of activity has formed – observing the online activities of friends.

Recently-launched FriendFeed is an extremely easy-to-use service that lets you see the content across the Web your friends or people who randomly end up in your network are sharing. It’s a mash up – to use the au courant term – of more than two dozen sharing and communication tools and services from Digg, Reddit, Twitter, Flickr, Netflix Queue, Amazon’s Wishlists and YouTube. FriendFeed recently raised $5 million for a $20 million post-money valuation, said Paul Buchheit, who recently stopped into the Vator studios for an interview with me. Paul, along with another former Googl-er - Sanjeev Singh, as well as Bret Taylor and Jim Norris are the founders of FriendFeed. Paul is also an investor in FriendFeed, as well as  Vator.tv. (Click here to see transcript of my interview with Paul.)

Mountain View, Calif.-based FriendFeed definitely exploits the sharing and voyeuristic mindset sweeping across the Internet. Facebook replaced society’s infatuation with soap opera and tabloid magazines with its news feed -- so we could live vicariously through our friends and friends’ friends. Since then, engineers, like Paul, have been busy trying to perfect society’s obsession to be “in the know.” We’re well beyond the Al Franken navel-gazing “me decade.” The market incentives are in place – acknowledgment, sense of identity, self-expression, etc. Now, we’re comfortably moving into the realm of accepting that the “me” content created isn’t so bad.

Unlike Facebook, FriendFeed captures what friends are reading or consuming across the Web. This voyeurism, by the way, seems far more interesting to me than knowing through my Facebook profile that one friend is in Vail, the other is in Aspen and the other is in Spain. Those tidbits - while great for scheduling - just seem like mere gossip.

Indeed, on my friend feeds on FriendFeed I can see what Michael Parekh is twittering about. I see what Paul’s friend is blogging about. And, I can see which articles on Reddit Paul liked. The value is obvious here. Aggregated feeds make sense. It's why Google paid $100 million for FeedBurner.

Additionally, as Paul explains it, with Reddit and Digg and other sites, people share their selection with “random” people. With FriendFeed, a person only sees what their friends or their friends’ friends find interesting.

This is obviously intriguing. It’s true. As a former journalist, I’ve always had a few sources – about half a dozen. These were the people I cared to run things by. I’d rather know what they were reading and sharing than the hundreds of “random” people on the Web.

But here’s the rub. FriendFeed only works well if those few people I admire and respect are on FriendFeed sharing and contributing. Unfortunately, the friends I truly care to listen to and hear from are not the type of people who are active on Digg or Reddit or YouTube. Of course, that may change over time.

Still, on the Web, there are very few contributors and far more voyeurs. On Facebook, the activity required isn’t much. As a good friend of mine said, “The activity on Facebook is dumb-downed self-expression – much like bumper stickers.” I don’t entirely agree. But I do agree that on Facebook, the activity seems centered around updating your status or whereabouts, which doesn’t require much effort or thought. It’s like Toyota’s new Scion campaign, in which its young, hip customers are encouraged to create their own “personal coat of arms” to put on their car.

On FriendFeed, a person is required to constantly be actively digging on Digg or submitting a post on Reddit. Or, if you’re like me, sharing posts on Vator.tv. The point is that FriendFeed requires people to be “actively” sharing content - whether it's theirs or others. Now, that might not be hard because many of us do share. But if you’re like my good friends, it’s not often enough.

The trick, therefore, is being connected to the few – or 1% to 2% - who are not only worth observing but are actively sharing. After all, there are more observers than active contributors. For FriendFeed to work, the circles of friends may have to widen so much that each friend group consists of the few quality contributors everyone wants to watch.

Once I get those friends in my feed, then give me some popcorn. I'm ready to watch. 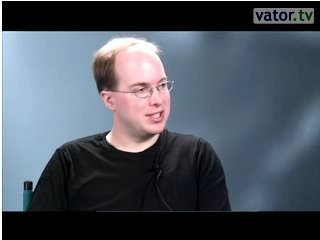