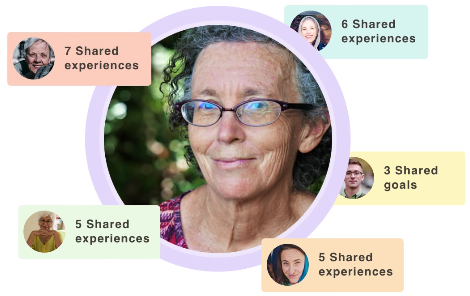 There's a loneliness epidemic happening in America, and it started even before the isolation caused by the pandemic: Cigna found that 61% Americans reported feeling lonely in 2019, compared to 54% in 2018. Those most effected include people from underrepresented racial groups, those with lower incomes, and young adults, who are twice as likely to be lonely than seniors. This is a costly problem as well: businesses, for example, lose an estimated $154 billion annually due to stress-related absenteeism.

Wisdo is a company that has taken on the mission to cure loneliness at scale, which it does by offering over 50 communities including those that cover mental illness, physical activity, identity, and family.

The Tel Aviv-based company was started after Boaz Gaon, Wisdo’s CEO and founder, lost his father to cancer, he said in a presentation at Vator's Future of Behavioral and Mental Health conference in November.

"I started Wisdo after a personal experience with my father: my dad was the president of the Israel Cancer Association, he was also a very well known businessman in Israel. He got diagnosed with cancer, and unfortunately passed away eight years after he was first diagnosed. And the irony between being the son of the President of the ICA and feeling consistently alone, and finding it very difficult to find emotional support, is really what was triggered to start Wisdo," he said,

"Fast forward to today, we're able to show massive improvements in quality of life, massive reductions in loneliness and significant reductions in medical costs, just by providing better customized and measurement-driven peer-to-peer networks. And also doing that without relying on costly therapists or hard to come by clinicians, but also gathering data that can help people find specific clinical services that might be applicable to specific people at specific times."

This week, Wisdo announced $5 million in new funding, bringing its total Series A round to $11 million. This additional funding round was led by Marius Nacht, along with Alive Israel Healthtech Fund L.P. and Bridge Builders Collaborative. Additional investors include Founder of 23andme, Anne Wojcicki, Founder of Intel Capital, Avram Miller, and investors from the Bridge Builders Collaborative.

When someone joins Wisdo, the company asks them identify the biggest gaps in their social support network, and indicate the obstacles that they've faced in the past, versus obstacles that are facing now. It then measures those based on the established guidelines like the UCLA loneliness scale, HRQL for quality of life, and PHQ and Gad for mental health, all of which gets checked each month.

Wisdo then provides the member with customized peer-to peer-networks, meaning it introduces them to other people who have been in their shoes and who have been trained by Wisdo to offer emotional support and a sense of worth, which are two of the four provisions of social health. It also also provides them with weekly virtual coaching sessions, which are all around social skill building. To date, over 500,000 adults have joined Wisdo.

In 2021, Wisdo did a 12 month long pilot with Humana, made of 1,400 Medicare Advantage members with an average age of 71, at least one chronic condition, and at least one hospitalization in the prior 12 months. It was able to show that 61% of participants reported a reduction in mentally and physically unhealthy days, while 59% reported lower loneliness rates, after using Wisdo.

Along with the new funding, was also revealed that Michel Habib, co-founder and Managing General Partner of Alive VC, will be joining the company's board of directors.

"Since shifting towards working with major health insurance providers and self-insured employers on addressing the loneliness epidemic, Wisdo Health has produced phenomenal results tying their impact on health to major reductions in the cost of care," Habib said in a statement.

"We are excited about helping Wisdo scale into the leader in providing social health to those who need it with the goal of improving mental and physical health and reducing healthcare costs drastically.”

You can see the audio and video of Gaon's presentation at Vator Health below. His starts at 30:41 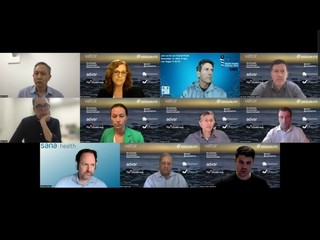 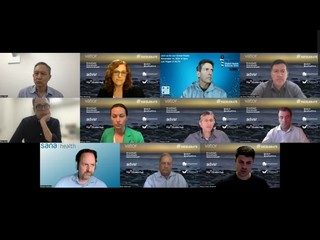