InSitu Biologics and the Mayo Clinic partner for cancer research 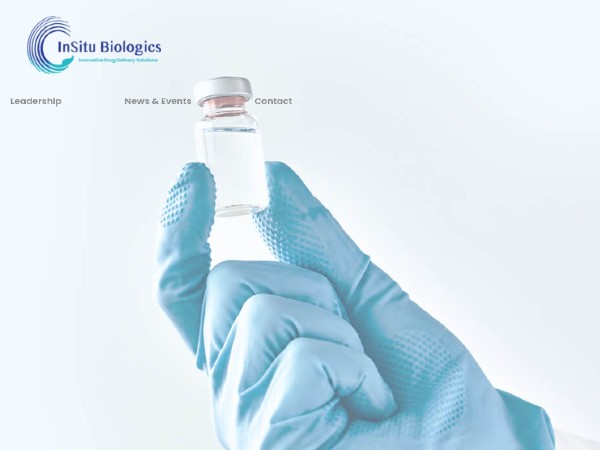 InSitu Biologics is a biotech company focused on the development of a multi-phase prolonged release drug delivery platform for localized treatment of pain, cancer, and infection. Among its products is INSB400, which is focused on local delivery of cancer drugs with a precise elution rate over a pre-programmed period of time. What that means is it can deliver specific doses of cancer therapeutics to targeted sites in the body.

"By eluting anti-cancer drugs in a targeted therapeutic range over a desired period of time, INSB400 is being designed to avoid severe patient adverse events associated with systemic exposure to chemotherapeutic agents," the company says on its website.

Now, in order to further develop that research, the company announced that it entered into an agreement with the Mayo Foundation for Medical Education and Research, a non-profit based in Rochester, Minnesota.

The company says that the collaboration with Mayo, which will encompass traditional cancer medications, as well as newly developed novel agents, is both a research and commercial endeavor, and that it will accelerate its work in adapting its technology for anti-cancer therapeutics.

As per this partnership, Mayo now holds a financial interest in InSitu Biologics and its platform technology, though no financial terms of their agreement were disclosed.

“We are extremely excited to begin work with this group of amazing physicians and scientists. Their cutting-edge expertise and deep clinical experience will be invaluable as we extend our platform to address significant unmet needs in controlled-release drug delivery for cancer patients,” Kevin Bassett, CEO of InSitu Biologics, said in a statement.

InSitu's other product, called INSB200, is designed as a injection nerve block releasing the ropivacaine slowly at the nerve site, stretching its pain-killing efficacy to over 72 hours.

Founded in 2014, the company has raised $7 million in venture funding.

This is far from Mayo's only foray into cancer research: it also has the Mayo Clinic Comprehensive Cancer Center, which includes campuses in Phoenix/Scottsdale, Arizona; Jacksonville, Florida; and Rochester, Minnesota.

Some of its initiatives have included launching the Early Cancer Therapeutics Group, which is making early-phase cancer clinical trials widely and easily accessible to patients, as well as the developing of Cologuard, a stool DNA test co-developed by Mayo Clinic and Exact Sciences Corp. and now a colorectal cancer screening tool, and creating a new approach to classifying gliomas, which led to the development of a test that helps oncologists determine who needs to be treated more aggressively and who might be able to avoid certain therapies.