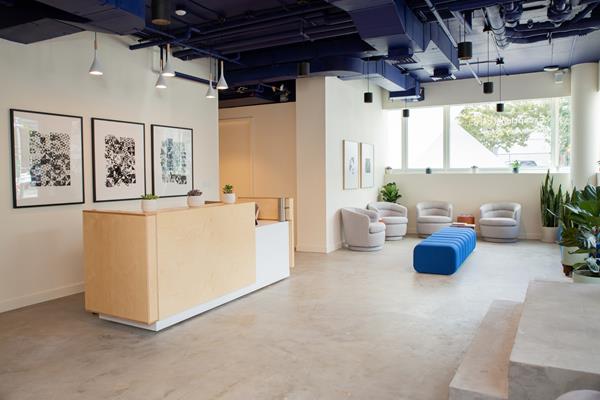 Early on in his medical career, Dr. Akili Hinson realized that to really have an impact at scale, he needed to think bigger.

"The turning point really came when I went to business school instead of a research lab. I was able to work on projects that had much larger impact than what a cardiothoracic surgeon could. While at McKinsey, I focused primarily on value-based care," he told VatorNews.

The need for this model became even more obvious over the years as he and tried to raise a family; his wife’s OBGYN was located in a different part of town and their hectic schedules make it quite difficult to meet their growing family’s healthcare needs.

These realizations are what led him to co-found Juno Medical, a company that calls itself "the modern doctor's office that's designed for the 99%." The idea is to combine hospitality, modern technology, and transparent prices, with a focus on primary care, pediatrics, women's health, same-day care, and virtual care, under one roof.

"Moms make the health care decisions in 80% of cases but the system isn’t designed for them. Think about that: healthcare is an industry that is not catered to the primary audience. We want Juno to be their healthcare home, everything in one place, with a high-tech patient platform designed to make their lives easier," he said.

To use Juno, patients can book their appointments directly from the company's homepage, choosing the type of visit they'd like, as well as a more specific visit reason, and real time availability will display for each of Juno's clinicians. They can also message any member of their care team through Juno's patient portal tool, Onpatient.

Patients can either way per visit or they can sign up for a membership plan that cost $50 monthly or $500 annually. A Juno Membership includes extra conveniences for families that need them, such as being able to get a physical even late at night; exclusive savings to members, as well as with local businesses and brands; and building community through events and programs that aren’t necessarily about health, but can include authors, artists, musicians, and many others for speaking engagements and other events.

"It’s important to remember that membership in Juno is optional. We are not a concierge medical center. We don’t require an upfront fee to access care. However, we offer those types of services to those who want them. Our philosophy is come and get to know us, join if you want and enjoy added value, benefits and community," said Hinson.

Juno deploys a market entry strategy that focuses on neighborhoods, specifically those that have few high-quality care options because they're either rapidly growing or in transition; for example, the company opened its first location in the Harlem neighborhood of New York City in April 2020, when the COVID-19 pandemic was hitting the city hard and many physician offices were closed.

In addition to providing COVID testing to hundreds of Harlem residents, many of whom shared that the only reason they came was because they believed they would be safe in the environment that Juno created, Hinson told me, Juno also continued to offer in-person preventive care; among its first patients, the company identified several treatable cancers in women without symptoms that otherwise would have been missed if they had not been able to come in.

"However, we do have a philosophy of entering neighborhoods that are growing and revitalizing, but healthcare options have not caught up with those investments. This is leaving a lot of people behind or forcing people into substandard healthcare options. Everyone deserves access to quality care."

This new funding round will primarily be used for expansion into new markets in the coming year, specifically in Atlanta, Tulsa, and Los Angeles; sites in Atlanta and Tulsa are scheduled to open in Q1 of 2023, while Los Angeles will open sometime in the second quarter.

"More than anything, it’s about the neighborhoods. In East Atlanta, Greenwood, and Inglewood, we’ve identified those neighborhoods that are revitalizing yet do not have adequate health care options. We also have strong support on the ground in these places," Hinson explained.

In Tulsa, the company will be launching in the heart of the Greenwood neighborhood, the site of the 1921 Tulsa Race Massacre, the worst incident of racial violence in American history in American history, in which an estimated 75 to 300 people were killed.

"Once the 'Black Wall Street,' for a century, the Greenwood neighborhood has struggled to rebuild, with health outcomes for Greenwood residents lagging other Tulsans. This is the perfect place for Juno, and we are fortunate to have the support of organizations like the George Kaiser Foundation, which focuses exclusively on improving the lives of Tulsans and has a motto of 'No child is responsible for the circumstances of his or her birth'," said Hinson.

Ultimately, the company's goal is to be in the 20 largest markets in the US within the next five years and Hinson sees the new funding, as well as the investors themselves, as an important step in the company's journey, as well as an affirmation in its approach to health care.

"It’s a vote of confidence for Juno’s model and approach – health care for the 99%. It’s a product of our team’s expertise, hard work, and commitment to reimagining how health care is delivered across the United States. Juno is the present and future of healthcare in America. And with the financial support in this funding round, the future is now for more and more Americans," he said.