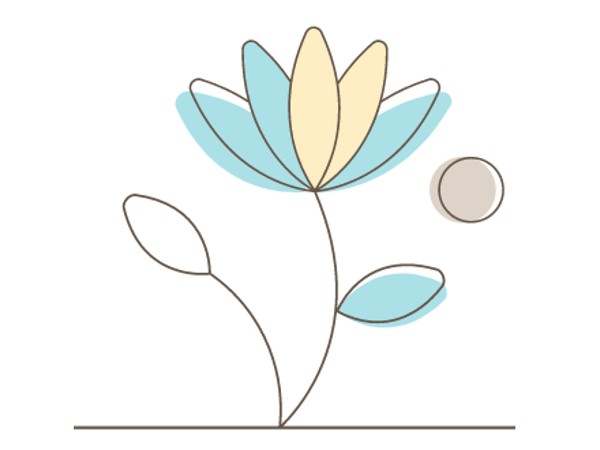 While there's an increasing recognition by employers of the impact of mental health issues among their employees, which has grown to be more acute and more obvious during the pandemic, there's another trend that's concurrent with that: the growing awareness of psychedelic-assisted therapy (PAT) as a viable alternative to traditional mental health treatments.

"More than half the people who take antidepressants for depression never get relief. The reason, according to research, is that the cause of depression has been oversimplified and drugs designed to treat it aim at the wrong target. There are dozens of antidepressants, antipsychotics, and mood stabilizers in use today, none of which are any more effective than what we used 50 years ago," said Sherry Rais, co-founder and CEO of Enthea, a company working to make psychedelic therapy a workplace benefit, which officially launched on Tuesday with a $2 million round of seed funding.

"With this, psychedelic-assisted therapy is showing great evidence that it can be much more effective than traditional therapies for many people, and can have long-lasting effects."

For example, there is extensive research showing ketamine therapy results in significant and, often, uncharacteristically fast reductions in symptoms of treatment-resistant depression, major depressive disorder, anxiety disorders, PTSD, and substance use disorders, while two MDMA-assisted therapy sessions reduced symptoms of chronic PTSD, with 68% of people no longer meeting the criteria for PTSD at a 12-month follow-up.

Meanwhile, clinical trials found remission from depression in 54 percent of participants at four weeks post-treatment after the ue of psilocybin, while psilocybin for tobacco cessation resulted in significant levels of abstinence at six months and 12 months post-treatment.

With Enthea, businesses are able to offer PAT benefits as a rider onto their current health insurance plans. Employee questions are answered by Enthea, as well as the company’s HR department, after they are onboarded, and interested members are referred to local in-network providers for evaluation. Enthea Network providers know the proper authorization criteria, and what’s needed to comply with Enthea Medical Policy.

Enthea is leading with the ketamine form of PAT because, as Rais explained, "ketamine has been used worldwide and has a tremendously strong safety record and the other psychedelic medicines are still being evaluated in clinical trials, but with highly encouraging initial results."

Of course, there is still hesitancy among employers to offer this type of treatment to their emmployees, with stigma still attached to these drugs, as well as concern about safety. However, the company is not "trying to convince the reluctant," said Rais.

"This is a market for early adopters – by definition.  Our most likely customers will have someone in the C-Suite who has had a personal experience with or observation of how PAT can significantly improve the lives of afflicted people," she said, noting that no other company is offering what Enthea is offering with a provider network and quality standards.

That means if an employer did want to offer this for their employees, they would have to contract directly with providers and would lack an expert intermediary to assure quality and handle authorization for treatment, and oversee utilization.

"We aren’t really trying to convince companies to offer it, but instead trying to serve the demand that is just beginning to arise among progressive companies who are looking for better solutions to the mental health crisis among their employees. We will provide them with justification so they can answer questions inside the company," she said.

Until now, Enthea has had only one signed customer, partnering with natural soap brand Dr. Bronner’s, which is offering ketamine-assisted psychotherapy to its existing health insurance plans; it did, however collect approximately 35 Letters of Interest while it was raising funds from various companies who are excited to offer this to their employees and now the company is announcing that it will be onboarding three more customers, Daybreaker, Tushy, and Guinn Partners, in the new year. The plan is to onboard 100 customers by the end of 2023.

The $2 million seed round, which was led by Tabula Rasa Ventures, along with Mystic Ventures and Mike Cotton, will be used to launch Enthea's services into a slew of new markets across the U.S. next year: in January 2023, it will launch its services in New York City, Austin, and the Bay Area with the goal of opening in 20 top U.S. cities by mid-2023, and another 20 by the end of 2023.

Although the company has done the first close on its $2 million round, Rais says there still are investors interested in Enthea, and so the company will probably do a second close of the seed round in the first quarter of 2023.

"Enthea’s mission is to help provide broad and equitable access to safe & affordable PAT.  Through our benefit plans, we hope to reach millions of people. Eventually, we anticipate working with the major health insurance companies similar to Beacon, Magellan, and Optum, we would be poised for acquisition should we want that, but we could also wholesale to the larger insurance companies," she said.