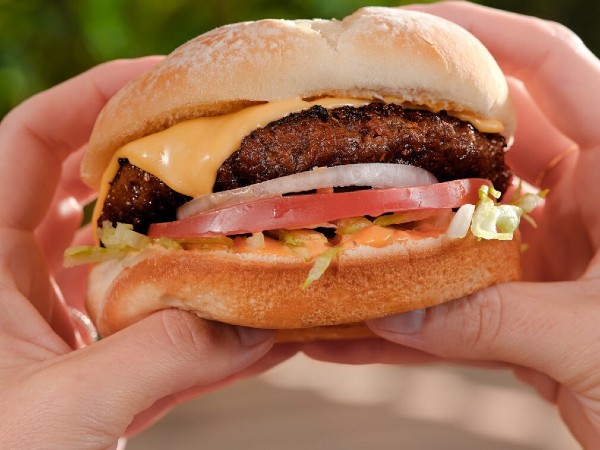 If we think back to 10 years ago, it's hard to imagine people being open to trying plant-based meat. While veggie burgers existed for a long time, nobody much liked them. Cut to 2021 and now 65% of Americans had reported eating products that are made from plants but taste like meat in the previous year, with 20% consuming them at least weekly and another 22% consuming them daily. That's a big change in a small amount of time.

One of the best known companies in this space is Beyond Meat, a company that builds meat directly from plants that is meant to mimic the taste, texture, and other sensory attributes, of animal-based meat products.

The company, which started out with the Beyond Burger, now sells plant-based beef, pork and poultry. Its products include sausage, meatballs, beef crumbles, chicken tenders, jerky, steak, chicken nuggets, and popcorn chicken.

"We create our plant-based products using scientific processes that determine the architecture of the animal-based meat we are seeking to replicate and then we assemble it using plant-derived amino acids, lipids, trace minerals and water. We are focused on continually improving our products so that they are, to the human sensory system, indistinguishable from their animal-based counterparts," the company wrote in an SEC filing.

The company makes its money through sales of its products, which is broken down into two distribution channels: retail and foodservice.

The retail segment is when retailers such as Ahold, Kroger, Safeway, Shop Rite, Stater Brothers, Target, Wegmans and Whole Foods Market purchase Beyond Meat products through food distributors, and then sell them to customer. Foodservice is made up of sales of the Beyond Burger and other products that are served in approximately 12,000 restaurant and foodservice outlets in the United States and Canada, including A&W, Bareburger, BurgerFi, TGI Fridays and Veggie Grill.

Beyond Meat President and CEO Ethan Brown blamed the drop in US sales on the pandemic.

"In 2021 we saw strong growth in our international channel net revenues, as well as sporadic yet promising signs of a resumption of growth in U.S. foodservice channel net revenues as COVID-19 variants peaked and declined. These gains, however, were dampened by what we believe to be a temporary disruption in U.S. retail growth, for our brand and the broader category," he said in a statement when the company reported its Q4 numbers.

in October, the company announced plans to cut 19% of its workforce, or about 200 employees, while also losing its Chief Operating Officer, Chief Growth Officer, and Chief Financial Officer.