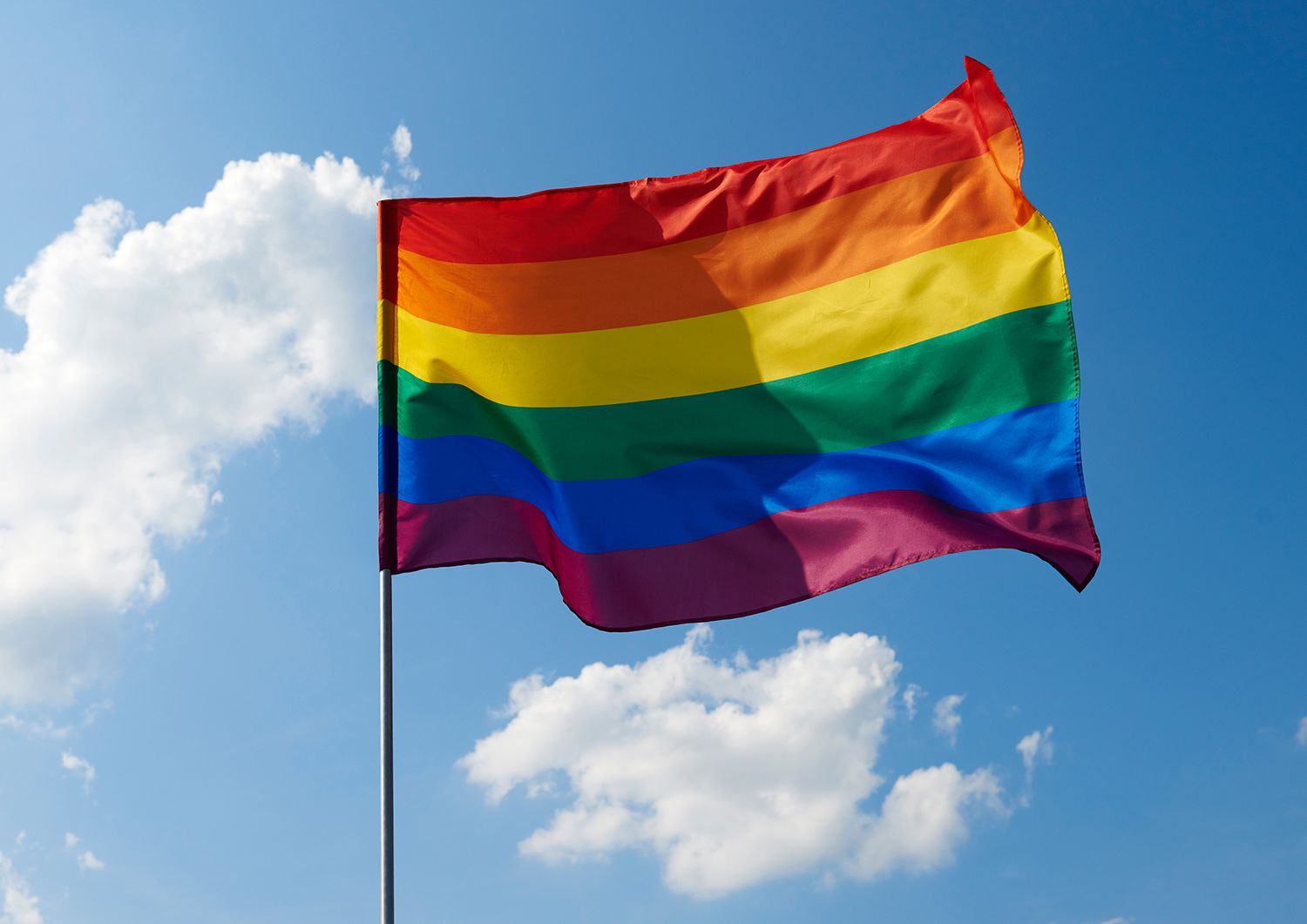 There seems to be almost a tug of war going on between employers and employees over who has the upper hand. First, there was the so-called Great Resignation of 2021, where it it was employees who had their choice of where to go; a McKinsey report published in July 2022 found that 40% of employees are currently considering leaving their jobs.

More recently, however, it appears to be shifting back as companies have a rich supply of talent who have been laid off; over 67,000 tech workers lost their jobs in 2022, meaning there’s a talented pool of workers for employers to choose from, meaning they can be choosier about who they hire.

Even if companies can be more methodical, though, they still need to keep in mind what will attract the best talent, and how to appeal to an increasingly diverse workforce.

Take LGBTQ workers, for example: the 2022 Workplace Wellness Survey (WSS), conducted by the Employee Benefit Research Institute and Greenwald Research, found was that these workers were less likely to be satisfied with their job, employee benefits package, and paid leave.

The national sample for the WSS was 1,014 workers, of which 101, or 11%, identified as LGBTQ; because of the fact that 101 people isn’t a large sample, the firms did an oversample of 504 additional LGBTQ workers, bringing the total to 605. The firms explained that this was done in order to “better understand the unique workplace wellness needs of such workers and to explore and identify potential differences in attitudes, experiences, and behaviors related to workplace wellness.”

LGBTQ workers were also less satisfied with their workplace benefits: 34% said they were extremely or very satisfied, versus 45% of non-LGBTQ workers; that includes their retirement benefits, paid leave, and health insurance.

When asked what their most important benefit was, both sets of workers rated health insurance at the top, with 62% of LGBTQ workers and 74% of non-LBGTQ workers; that was followed by a retirement savings plan, and then paid sick/vacation time. 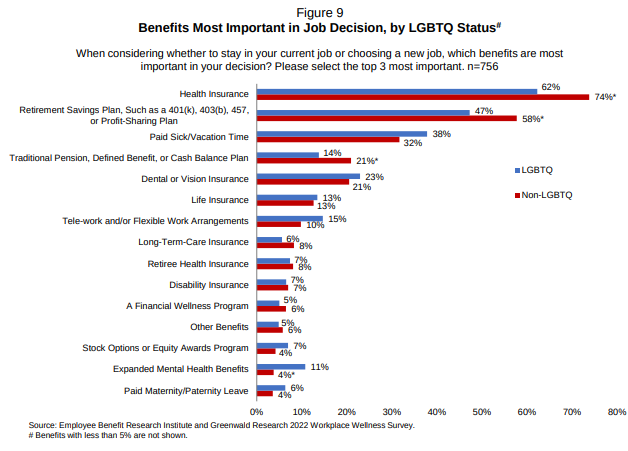 While both LGBTQ and non-LGBTQ workers agreed that employers have a responsibility to make sure that employees are mentally healthy and emotionally well, as well as healthy and physically well, there was disagreement on how well their employers are doing in those efforts.

While only 31% LGBTQ workers said that their employer’s efforts to help their financial well-being were excellent or very good, and 37% of non-LGBTQ said the same, and the gaps were even bigger when it came to how they rated those efforts for emotional well-being/mental health, and physical well-being/health. 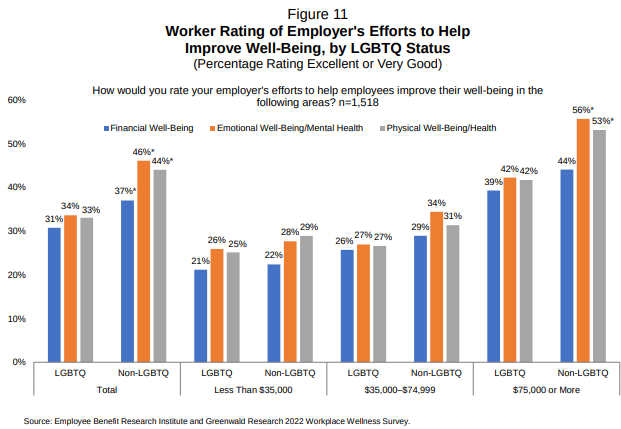 As for what accounts for these gaps, there are a few things that may explain it.